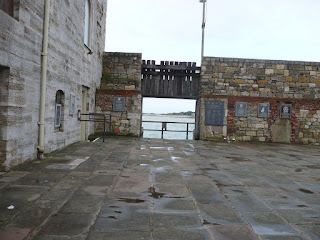 I found three portals/doorways/sally ports within 50 yards of each other in the old Portsmouth fortification wall sea-wall. They plaques (detailed below are immediately are adjacent to the Square Tower. All three cut through to the beach from which many naval heros left England's shore. 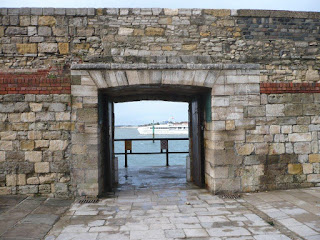 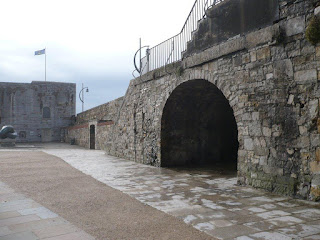 Here are a couple of the plaques: 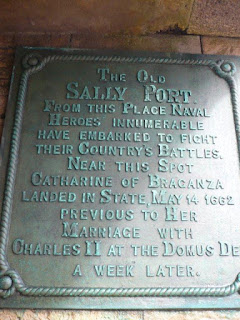 Apart from this place marking NELSON's departure for the Battle of Trafalgar, the plaques mark the departure of the FIRST FLEET to Australia, also MATTHEW FLINDERS departure south in 1802, plus Sir Walter Raleigh's expedition across the Atlantic to establish ROANOKE in Virginia. This is also the spot where CATHERINE OF BRAGANZA landed in 1662 for her marriage to Charles 11.
If you we could only see the ghosts of those who passed through this very special place. But we can imagine. 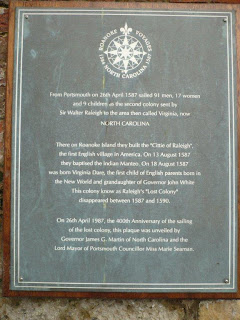 The ROANOKE VOYAGES to VIRGINIA (now N. Carolina 1584 and 1587)
The plaque on the wall at the Portsmouth sally point remembers Sir Walter Raleigh’s second expedition which left this place April 1587, 91 men, 17 women and 9 children to establish on ROANOKE Island - THE CITTIE OF RALEIGH – the first English village in America. The colony disappeared between 1587 and 1590.
For the author on the HNS site who plans to write this story.