A tribute to the Portugese Maritime Discoveries 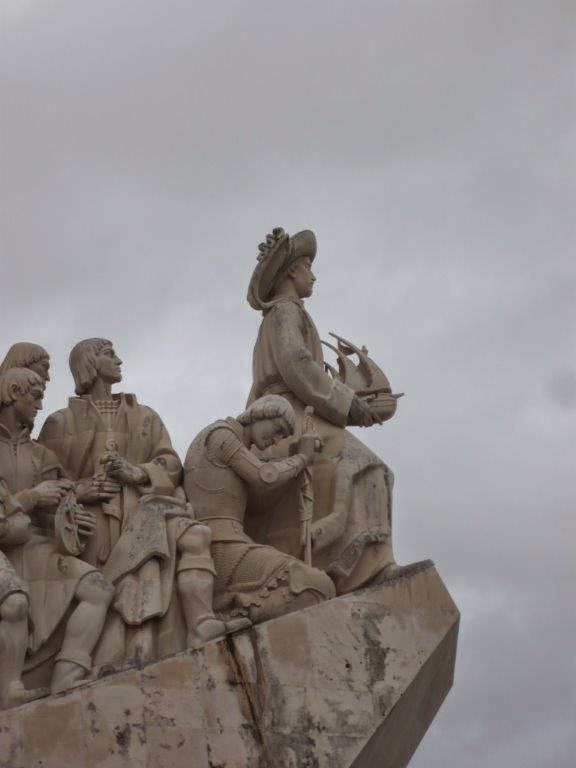 Lisbon - The DISCOVERIES MONUMENT was erected in 1960 to celebrate the 500th anniversary of the death of Prince Henry the Navigator. 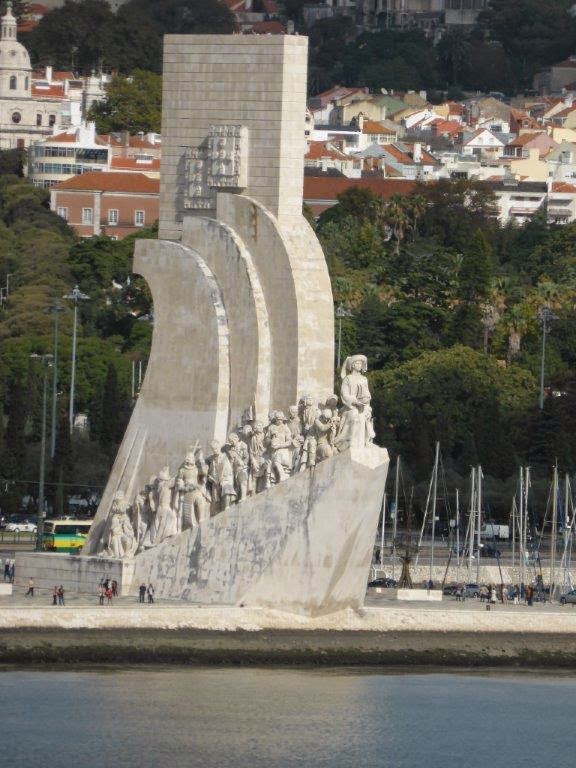 Built on the banks of the Tagus River in Lisbon, Portugal, the monument is in the shape of a three sailed ship. 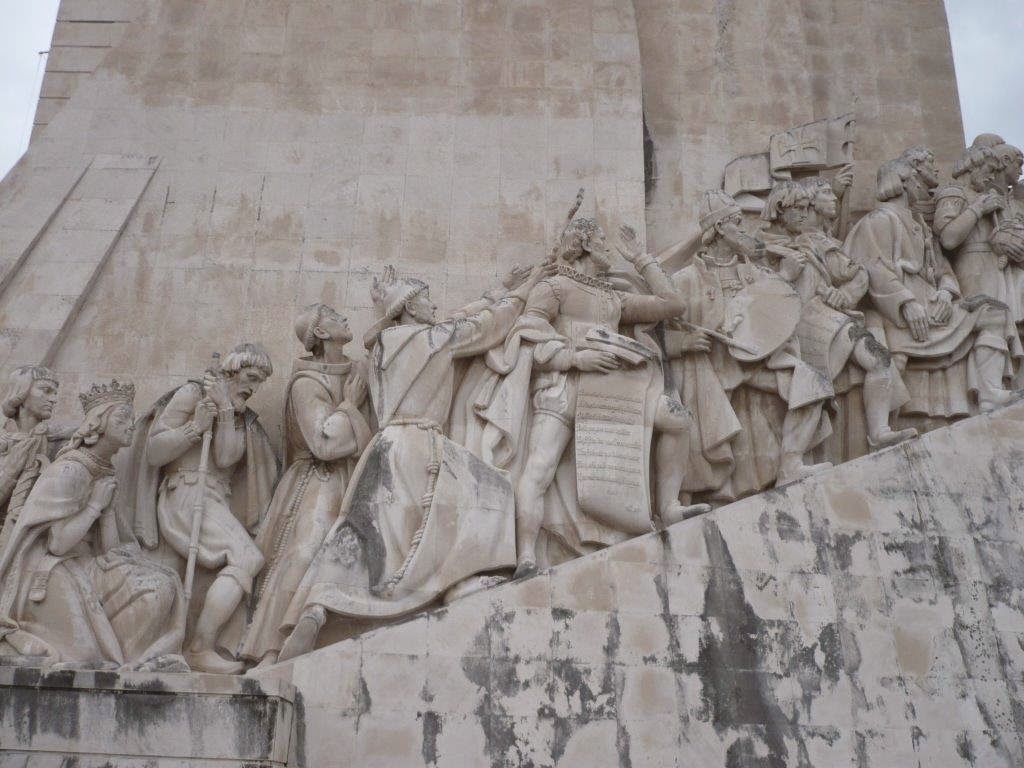 The only female is queen Felipa of Lancaster, Henry’s mother. 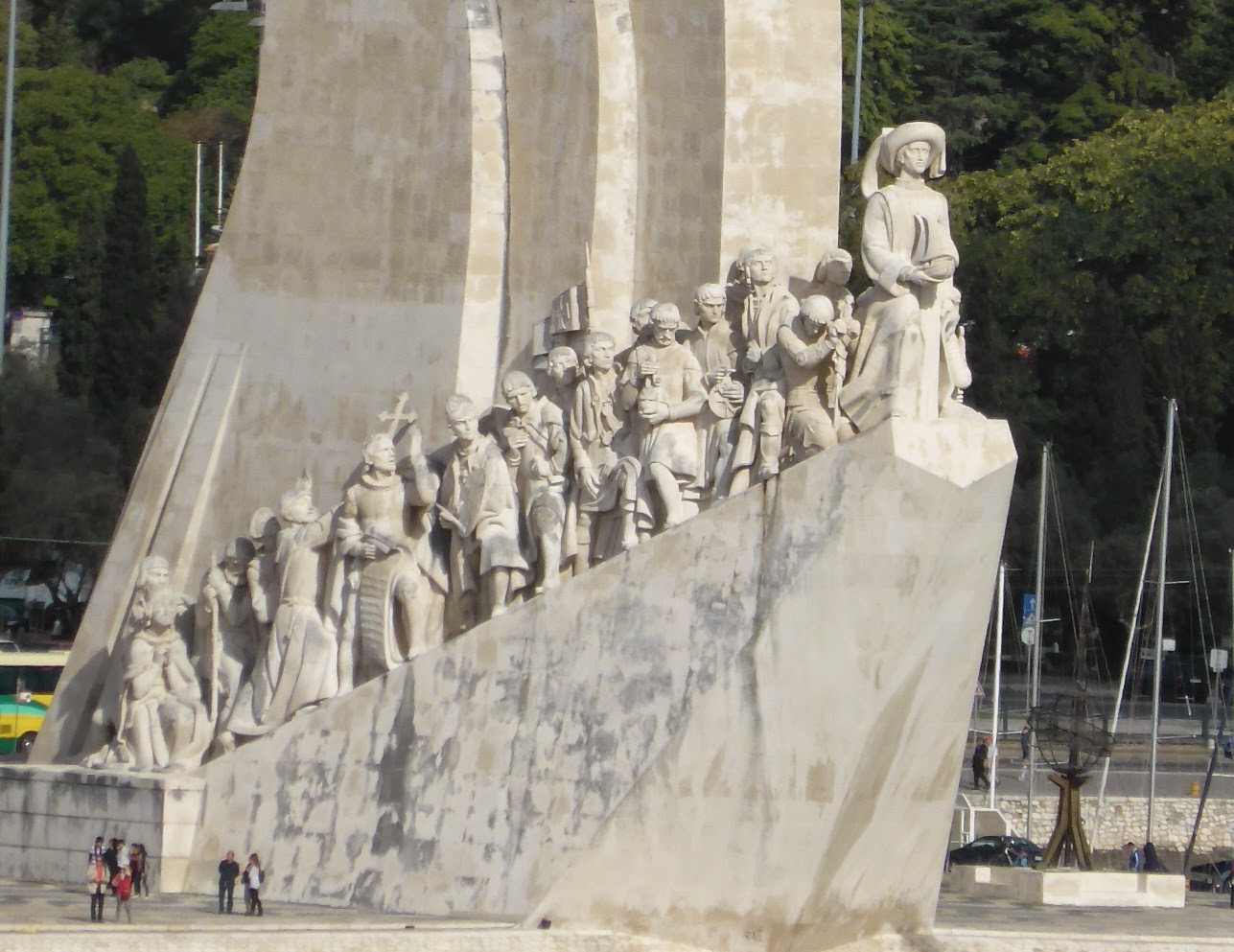 The beautifully sculpted historical figures which appear on both sides of the monument include Vasco da Gama, Ferdinand Magellan, Cabral, and several other notable Portuguese explorers, crusaders, monks, cartographers, and cosmographers. 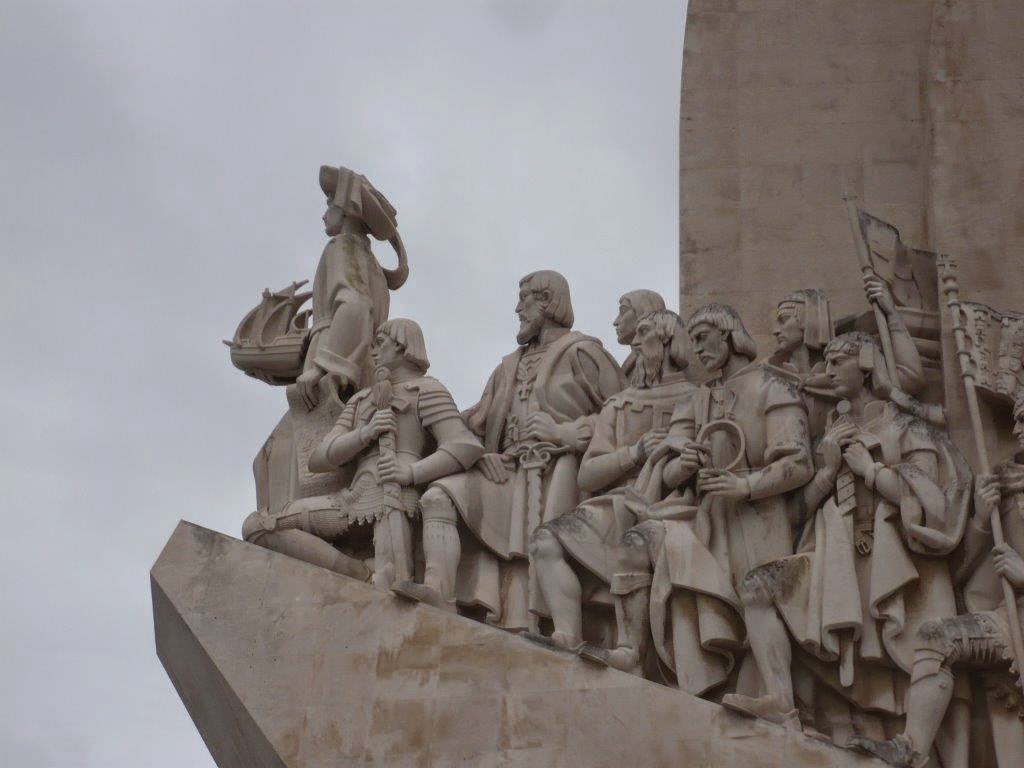 They are led by Prince Henry the Navigator at the prow holding a small vessel. 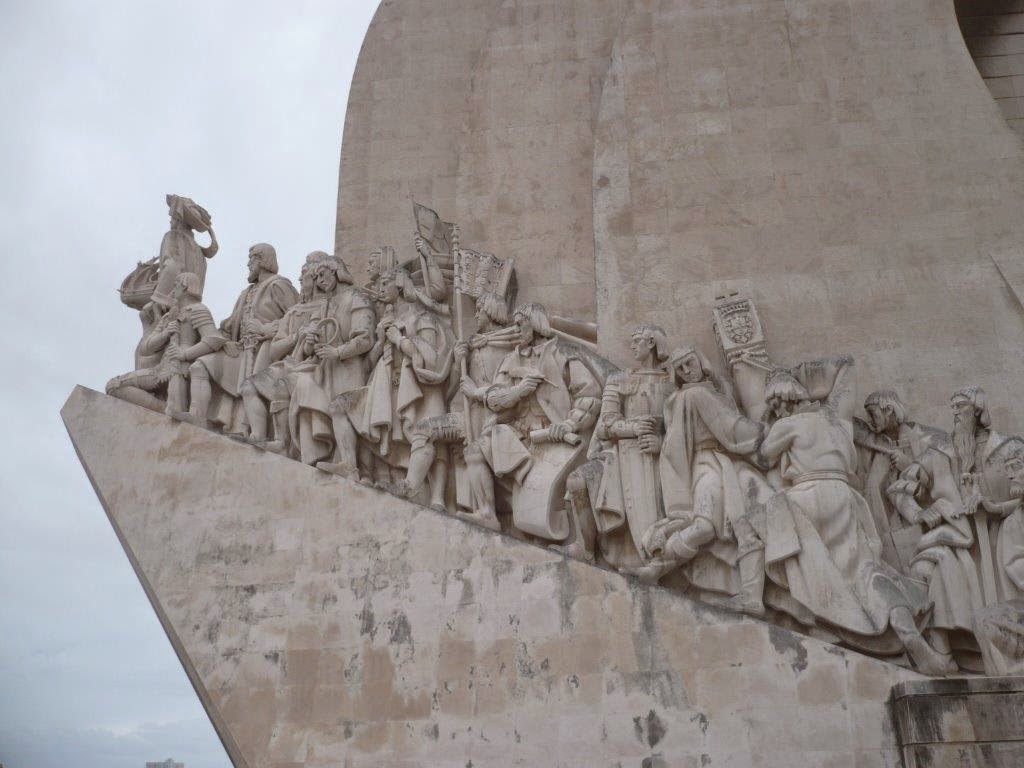