On 1 December, after almost 80 years in the publishing industry, Robert Hale Limited, a well-respected London publishing house, closed its doors for the final time.
Very traditional and somewhat old-fashioned (in the best sense of the word), the company gave several authors, including myself, the opportunity to embark on a successful writing career. 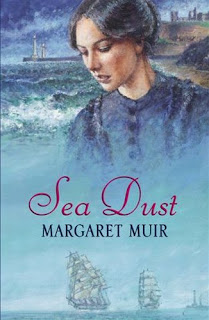 I remember clearly, after my first book - SEA DUST was published in 2005, I visited their offices in Clerkenwell Green in the busy publishing district of London and met Mr John Hale, son of the company’s founder Robert Hale. At that time, John Hale was a man of quite advanced years so it did not surprise that a few years later he handed over the helm to his editor in chief.

Having published my first five titles, I am grateful to Hale Books. I parted from them amicably in 2010 mainly due to the fact their target market was the British Libraries. As such, their books were printed in hardback only and were expensive ($54.00 each shipped to Australia). Unfortunately Hale did not publish its historical fiction in paperback and the company was slow to entertain the opportunities of the fast growing e-publishing market.
On leaving Hale, I self-published my Hale novels in both paperback and as e-books and have subsequently added several new titles to my list.

For the editorial staff who guided me in the early years, particularly Gil Jackson, I thank you and wish you all the best for the future.
Posted by M. C. Muir at 7:22 am No comments: