How to self-publish children’s e-books – some suggestions

I wonder how many people, at some time in their lives, have written a children’s story for their son or daughter or grandchild. But how many of those stories have been published? 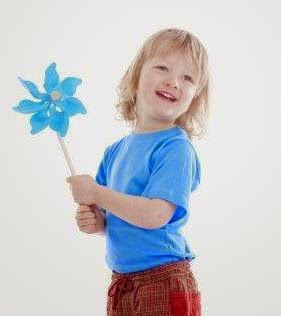 Traditionally publishing children’s books was a very competitive business to enter. Around the world thousands of authors submit their work daily in the hope their story will attract the attention of a publisher and be the next best seller. 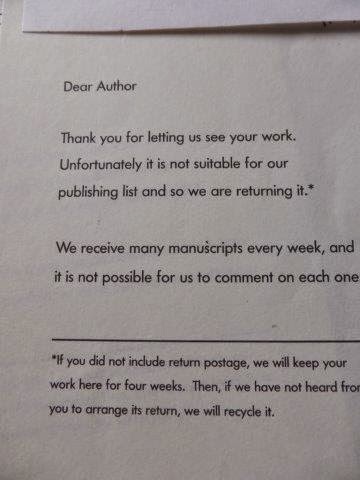 Personally I have collected dozens of reject slips. The attached picture shows the slips from just one children’s book publishing house, and I submitted to dozens of publishers both at home and overseas.) 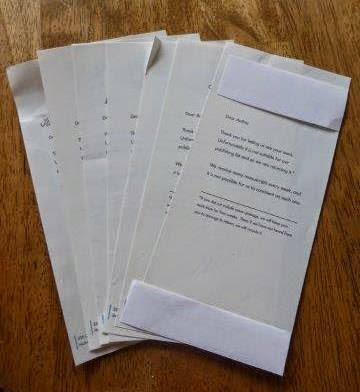 With the popularity of e-book with both old and young readers, electronic publishing technology has advanced by leaps and bounds and never was it easier or quicker to publish your own book than today.  Note: it can take up to 12 months for a print book to be produced through a traditional publisher whereas it’s possible to self-publish an e-book overnight.
Over the last five years I have self-published all my text-only adult fiction novels but, until recently, the idea of publishing children’s stories with illustrations was too great a challenge for me to attempt. 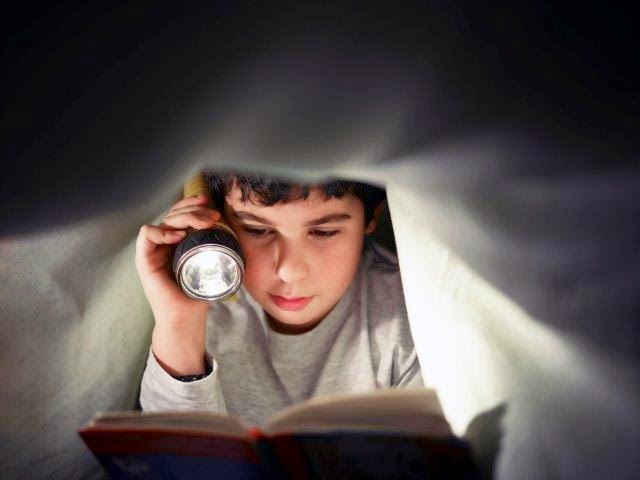 Printed picture books for children have always been a delight to look at, to hold, and to read stories from. They usually contain full-colour, double-page spreads of illustrations in a fairly large hard-backed book. They were expensive for a publisher to produce and expensive for the reader to purchase. They were also expensive for the self-publishing author to produce.
For authors who are successful in having their manuscript accepted by a publishing house, an artist is chosen for them by the publisher at no cost to the writer. But for a self-publishing author, commissioning an artist to produce artwork for a story can prove very costly.

Being a writer with no artistic talent, this was the problem that had deterred me for a long time. Then I hit on the idea of buying photo-images from Bigstock Photos – a company offering thousands of royalty-free pics at a very nominal cost (average $5.00 each).


Having just self-published the 4th book in my adult nautical fiction series, I decided (2015 New Year’s Resolution) to resurrect the children’s stories I had written up to 20 years ago  and publish them through Kindle Direct Publishing (KDP) as e-books. KDP makes no charge to do this and once uploaded into the system, the book appears on the Amazon marketplace within 12 – 24 hours.


Making your own cover art is also not a problem on KDP. You can use your own picture or one from Bigstock. KDP have a Wizard by which you can create a unique cover in minutes.

Looking back at my 6 week venture into publishing children’s e-books, I began by browsing through similar e-books for sale on Amazon. I checked their length, content size and price. I admit I admired the professional artwork which most were illustrated with.
I then read through and edited my old stories as required. Having realized that they were too short for a single book (only 1000 or 2000 words each), I opted to put two or three stories in each book. To date I have published 2 books (5 stories) and have more up to come.
As to pricing – you set your own market price, but a price of $2.99 or less is probably more likely to sell than a more expensively priced book.


Because of the amount of competition and the quality of children’s books produced by the top children’s publishers, I don’t expect my simple books to become best sellers or even sell well, but at least I am satisfied that the stories I wrote years ago have been brought out of hibernation, published and can be seen by family and friends for years to come.

Why not have a go?
Here are the two children’s books I have published this month:
“The Bear that has no Fur and other stories” and “Grandma’sWindmills and Wild Worms”.


I also re-published my Young Adult book “King Richard and the Mountain Goat”, and a poetry book, “Words on a Crumpled Page” having added illustrations to both through images I purchased from Bigstock.
Post Script: Though I produced my books in a simple fashion (with basic text in WORD with a few pictures ‘INSERTED’ – not copied and pasted), for those with artistic talents, there is now a free downloadable program available from KDP which can accommodate full page artwork. Remember, however, that when reading children’s stories from an e-book or a phone device, the visual area is limited and any large full page illustrations are not seen to best advantage.
Posted by M. C. Muir at 12:38 pm 1 comment: Links to this post

Email ThisBlogThis!Share to TwitterShare to FacebookShare to Pinterest
Labels: children’s books, Grandma's Windmills, Kind Richard and the Mountain Goat, self-publish, self-publish e-books, Stories for Children, The bear that had no fur

Windmills - Callington Mill - Harnessing the Power of the Wind 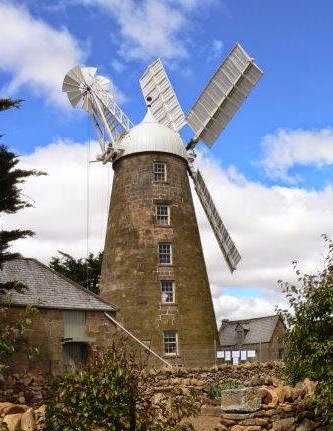 Callington Mill in Oatlands (Tasmania) is a working Georgian windmill and the only operating flour mill of its type in the Southern Hemisphere.
It was built in 1837 in the style of a Lincolnshire tower mill, and consists of a stone tower with a wooden 'cap' or roof, which can rotate to bring the four sails into the wind. 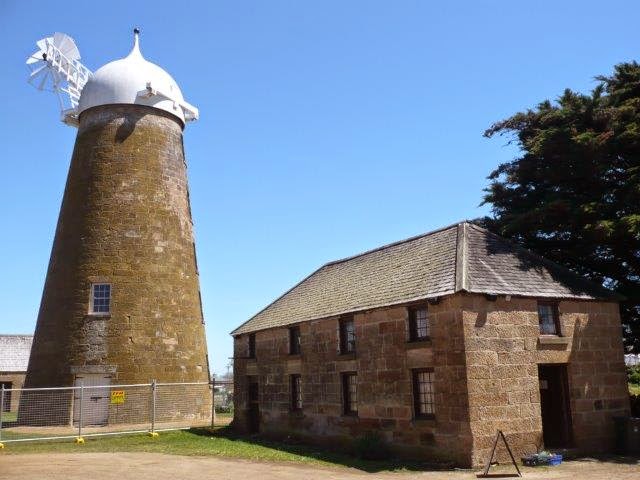 After falling into disrepair, the mill was fully restored and re-opened in 2010. Today it is the only working example of its type in the southern hemisphere. 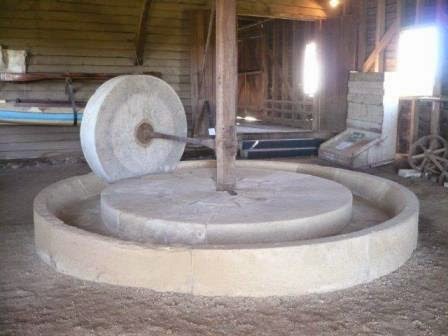 The grain is ground in the traditional fashion using millstones. These are powered by the wind which turns the massive blades on the windmill. (The attached pic of a millstone is from Woolmers and not Oatlands.) 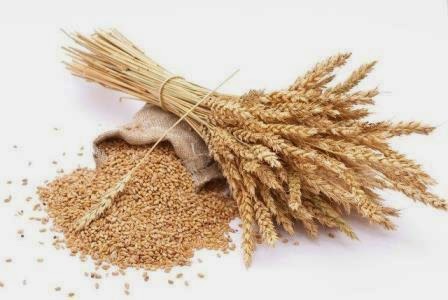 Local farmers grow wheat, spelt and rye, which is harvested in January and February each year. The quality flour produced by the mill is sold to bakeries, restaurants and the public to create products with a unique provenance. 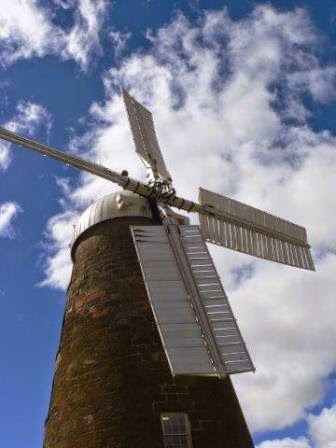 Wind Power, as demonstrated here, dates back centuries, but with the demand for clean energy, wind power is again important to us. Tasmania, being in the band of the Roaring Forties, is an ideal place for wind farms and generation of power from the wind. 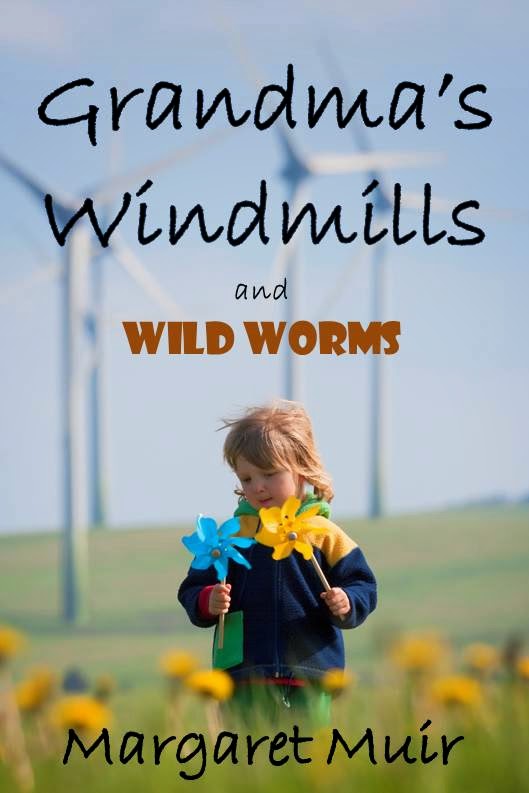 Earlier today I published a short story e-book for children - Grandma's Windmills which introduces them to three forms of wind power, including the flour mill.