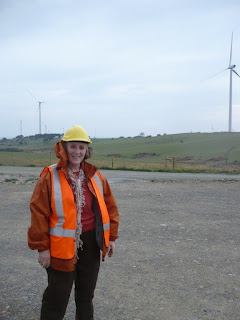 Yesterday I had a tour of the Musselroe Wind farm at Cape Portland in NE Tasmania. Lying just south of the 40th parallel, the site is ideal to harness the Roaring Forties.
With only 6 weeks to being commissioned in June 2013, all 56 towers are in now place and virtually ready to go. Each tower, including the bus-sized Nacelle on top, is 82m high plus the blades which are 44 meters each in length.

The blades do not catch the wind as do the vanes of older windmills, but they are lifted by the wind in a similar fashion to the lift on aircraft wings – hence their shape with a leading edge. The three blades are hollow, made of fibreglass and carbon fibre and weight 7 tonnes each. They were made in Italy and China. Each turbine generates 3 mw of power. The total farm generating capacity will be 168 mw.

For inspections and maintenance, the engineers must have access to the Nacelle at the top. Accessing it is by means of an elevator which takes 8 minutes. Alternatively there is a rather long ladder – held on by magnets. We were told it takes 6.5 minutes to climb the 80m ladder if you are fit.
Posted by M. C. Muir at 3:54 pm 1 comment: Links to this post

Recently I dug out some children's stories I had written years ago and decided to publish them.
Two stories for boys aged 9-13 are: KING RICHARD and the MOUNTAIN GOAT and THE SECRET OF THE SEA. 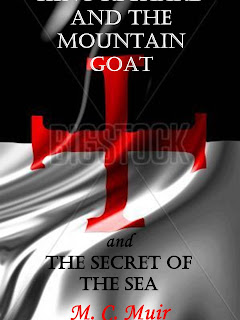 Having struggled to come up with two book covers which will appeal,either to boys or the parents who buy their books for them, I decided on the following:
The first cover is for the paperback edition. It includes the black and white “Beauseant” - banner of the Knights Templars. 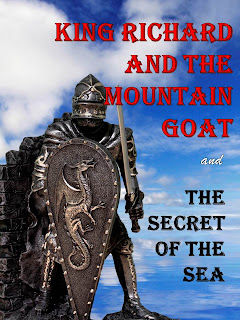 For interest – here are the black and white mountain goats which reputedly King Richard’s Knights returned to England from Switzerland on their return from the crusades. 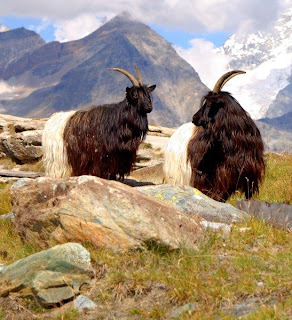 Some years later, Richard 11 entrusted the herd to the House of Bagot where they remained protected for 600 years. Today they are known as Bagot goats and their image appears on the heraldic crest of the Bagot family. 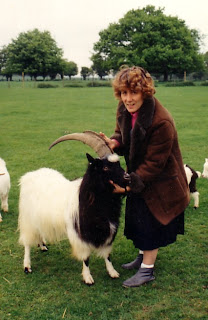 Picture #4 – the author’s encounter with a Bagot goat which led me to investigate the history associated with the breed and to weave a boy’s story around them.

I would like to thank my friends on Facebook who gave advice on early cover ideas.
Cover images purchased from BIGSTOCK PHOTOS