YORKSHIRE - the windswept moors, the dark and dank canals, and the North Sea - three setting that provide ideal backdrops for three historical novels combined in one e-book boxed set.
Thanks to Videos by O for producing this taster.
Posted by M. C. Muir at 1:46 pm No comments: Links to this post

Is Patrick O'Brian the 'rightful heir' to Jane Austen? A question for readers.


Though their stories are set in a similar historical era, there is a vast gulf between the maritime fiction of Patrick O’Brian and the classics of English romance novelist, Jane Austen. The divide between these two extends beyond the obvious gender difference to the readership they attract. 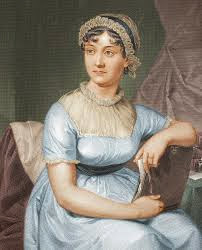 Jane Austen is acknowledged as the quintessential Georgian Romance writer, while Patrick O’Brian is recognized as the master of nautical fiction set in the Napoleonic period. Born 100 years after Miss Austen’s death, Patrick O’Brian has been called ‘her rightful heir’ (Kirkus Reviews)**.

Jane Austen's empathy for naval officers stemmed from having two brothers who served in the Royal Navy during the Napoleonic Wars. Both rose slowly through the ranks from mere midshipman to Admiral. But despite her close affiliation with, and reasonable knowledge of, life in the navy, Austen did not attempt to write in the sub-genre of maritime fiction, though she endowed some of her characters with naval connections.

In the past, writing romance in the Austen-style has been and, for the most part, still is mainly the domain of female authors. Conversely, writing in the sub-genre of nautical fiction set in the age-of-sail has been, and still is, the domain of male writers.

But it was not only the writers who fell into this distinct divide. In the past, the readership they attracted reflected a similar distinct male/female split. Generally, females read romance novels while the gentlemen turned to action and adventure, including maritime fiction. These unsubstantiated variants still appear to apply to a greater extent, however, very slowly the tide is turning. 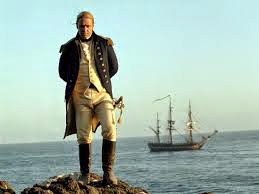 Of late, more male readers are attracted to Austen’s novels, and an increasing numbers of women are savouring heroic sea stories set during the Napoleonic wars. No doubt movie and TV presentations of ‘Pride and Prejudice’ and ‘Sense and Sensibility’ have introduced men to Miss Austen. Similarly, the ‘Hornblower’ series, and the epic movie ‘Master and Commander’ have brought nautical fiction to the screen and introduced this genre to a general, rather than a mostly select male audience.

So, apart from the media, what other factors are bridging this demographic divide?

Today, women feature strongly in ocean racing, sea-faring activities and achievements. Only a few decades ago, women who enlisted in the navy did not step aboard a ship, yet recently, a woman was appointed Commander of a British Royal Navy Frigate and in May 2014 the first women were appointed to serve as submariners.


Today, the navy is no longer an exclusive male domain. Recreational sailing is a pursuit enjoyed by both sexes, and replica tall ships, which provide a taste of life aboard a wooden ship, are crewed by an equal proportion of male and female enthusiasts. As such, nautical fiction is no longer read predominantly by men.

With so many women coming aboard, in my opinion, I think Jack Aubrey would turn in his grave. On the other hand, Patrick O'Brian would politely reserve comment whilst being quietly pleased.

**Kindly note: The words "Rightful heir" were coined by Kirkus Review. In the review of O'Brian's "The Commodore", I quote: "A mesmerizing performance on many levels -- as history, as story, as literature -- this novel transcends two genres in one stroke, the domestic romance and the seafaring hero's tale. In doing so, O'Brian bids to be considered the rightful heir not just of C.S. Forester, but of Jane Austen herself."