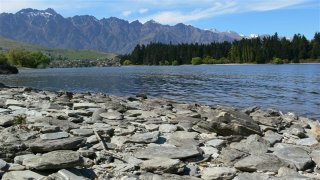 Maggie is a children’s writer. She lives in Nelson New Zealand.
It’s often said that as kids, writers were always scribbling.
I certainly was. I didn’t keep any of the old stories, poems, songs, and plays I wrote – I wish I had, they’d have been funny and probably embarrassingly awful to read now.
I was always a great reader, too, my favourites being the Greek, Roman, and Norse mythologies, and the stories of King Arthur, Merlin, and the Knights of the Round Table. Mary Stewart’s Merlin quartet (The Crystal Cave, etc) still rank among my favourite books.
Although I’ve written adult short fiction and many non-fiction articles on travel, health and fitness, and cycling, I’ve focussed mainly on writing for children.
My first children’s book was published in 2002, a sporting novel about cycle racing.
I found it relatively easy to write as I’d long been a fanatical cyclist and had raced myself on road, track, and mountain bike. I represented New Zealand at the Oceania Games in 1986 – not a particularly successful exercise as I crashed after a few kilometres.
I enjoyed writing the book as I put a lot of my own knowledge, enthusiasm for the sport, and experiences into it. Currently I’m working on ideas for another children’s novel.
Much as I enjoyed cycle-racing, cycle-touring was always my first passion, especially in France. I have visited five times. France is an amazingly beautiful country, perfect for cycling – some fabulous countryside, and I love the medieval villages, castles, and churches, and of course the food and wine! And everyone is either a cyclist or a cycling fan.
Unfortunately, I don’t do as much cycling now, but I still love the sport. And I’m never happier than when I am whizzing around on my bike!
One of the highlights of my year is watching the Tour de France on video. I actually followed a couple of stages of the Tour in the Pyrenees several years ago – totally blew me away. As far as I’m concerned, those guys are super-heroes!
I also write a lot of children’s non-fiction, mostly for the New Zealand School Journal and other educational publishers, including the US/Canada market. I’ve learned an awful lot about such diverse topics as orienteering, sea-kayaking, belly-dancing, kite-boarding, mountaineering, tsunamis, the Bermuda Triangle, and extinct and endangered species.
Writing for and about kids is fun – you get to share in their enthusiasm, imagination, creativity, and energy.
Maybe I’m just a big kid at heart!
photo: Robert Dunn - 'The Remarkables', nr Queenstown, NZ (2005)
Posted by M. C. Muir at 1:38 pm 85 comments: Links to this post 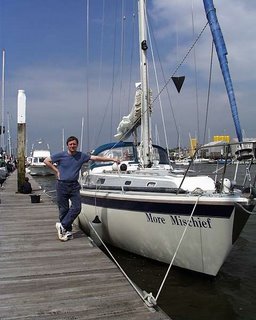 Goat track: Autumn in Western Australia and time to introduce the bucks to the does. Necessary but noisy!

Writing track: Not on track – the writing will not flow – too many distractions and the mind doen't want to work in a disciplined manner.

Holiday track: YES!!
Been busy organising a holiday to UK and Europe, travelling initially with my son.
The mind is working overtime here!
I recently discovered my brother, who lives in the south of England, not only has part share in a yacht but also an aircraft.
He has offered to take us sailing for a couple of days out of Portsmouth.
Because I love tall ships, I am looking forward to seeing Nelson’s “Victory”, and the “Mary Rose” if possible.
If we take a flight it will be over the Isle of White and Portsmouth Harbour – UNREAL!

Because I love also ocean cruising , I have been tempted by a cruise in the Mediterranean.
Ten days sailing out of Rome to Naples, Greek Islands, Sicily and South of France and Florence.
I’m just in the process of working out the best way to get there.

When I am in the UK, I hope to visit Hale Books who published SEA DUST and to meet the agent who secured that contract and the contract for my second novel, THE TWISTING VINE. I could not have managed to get where I am without him.
You can read a progress report on where the publishing process for the book is at at the moment at: http://squidoo.com/thetwistingvine 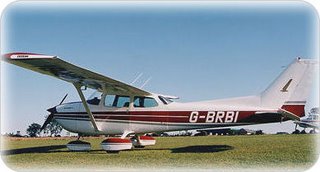 My son's eye's lit up when he heard about the chance of a flight.
"I've jumped out of a few of those," he said.
I just hope I don't have to jump out!