In February, I was pleased to answer questions put by David Cook, author or the Soldier Chronicles Series.
Her is a transcript of that interview which appears on his blog: 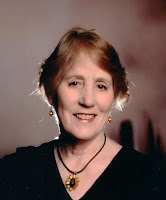 I am delighted to announce that Margaret Muir is the next author in my new series
Margaret has called Australia home for 43 years but was born in Yorkshire. She writes under the by-lines of Margaret Muir (historical fiction) and M.C. Muir (nautical fiction) as she discovered that male readers would not to entertain traditional sea stories written by a female.

Tell us about your first novel? When did you start writing and why?

I was a late starter. For most of my life I never read or wrote but, when made redundant from a life-time profession, I decided it was time to do the things I had always wanted to do. One was to write a book – another to sail on a tall ship. 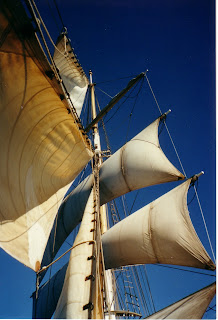 The tall ship adventure came first and, during that first voyage on the Indian Ocean, I witnessed the bioluminescent particles in the sea and was mesmerised. This inspired me to write a scene set on a sailing ship. Slowly a story idea evolved around this image and the idea blossomed into my first novel – SEA DUST.

At the same time as my tall ship adventures, I embarked on a B.A. (Writing) in order to hone what writing ability I might have. By the time I graduated in 2004 my manuscript had been accepted by a London publishing house. It was released in hardback in 2005. Since then I have averaged writing a book a year.

Are you self-published or traditional?

As indicated, I was traditionally published by Robert Hale Ltd in London. This, though exciting at first, provided little return for my efforts and offered limited input and control over the publication process. As a result, in 2010 I left Hale Books and took up the challenge of self-publishing. Producing both e-books and paperbacks, marketed by Amazon, I have not looked back since.

How would you describe your self-publishing experience?

Initially it was challenging and I needed help to have my MSS formatted. But over the last five years self-publishing, for both Kindle e-books and Create Space print books, has become very easy. Amazon and Create Space accept WORD documents, which means a novel can be uploaded within minutes and will appear for sale on the internet the following day. Apart from self-publishing my manuscripts, I create my own covers at no cost. My only expense is having my work edited by a professional.

As a traditional author the publisher sold only a few hundred copies of my books. As a self-published author I have sold thousands.

That’s a brilliant achievement, Margaret. So working with a traditional publisher, did you have an agent?

I felt lucky to obtain a London agent for my first manuscript however, looking back, the contract he arranged with Hale was disappointing – only a few hundred pounds advance and 10% royalties. But at the time, being a new writer, I thought I had won the lottery. Furthermore, Hale only published small numbers in expensive hardback editions specifically for the British Library so my books never made it to the shelves of a bookshop. Soon after the agent died and the agency folded, I turned to self-publishing.

How many books have you written?

I have written 14 books in total – My first four English historical fiction novels (published by Hale) were set in Yorkshire and directed at a female readership. The next four titles, and my current work in progress, are nautical fiction seafaring adventures set during the Napoleonic War. These books target a male readership. Because of this, I write this series under the by-line M.C. Muir. 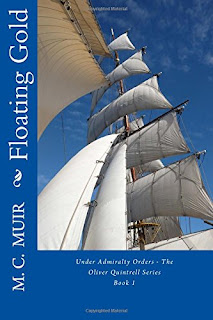 My short publications include a non-fiction book on goats, a YA fiction, both a short story and a poetry collection, and a few children’s stories.

Who is your favourite character of your books and why?

I have two – one female and the other male.

Emma Quinlan, the protagonist in SEA DUST, was my first imagined character. Set in 1856, her life was a struggle against a background of adversity. With the responsibility of a son to think of, her story is one of escape seeking a new life. It is a journey story in more ways than one and, in a way, reflects some of my own feelings and experiences.

Oliver Quintrell first appeared in FLOATING GOLD as a Royal Navy captain aboard HMS Frigate ‘Elusive’. His adventures have now sailed through 4 books and will continue. He is admired and respected by both officers and men under his command. He is astute in his judgement and a stickler for abiding by Admiralty orders. He bears physical and emotional flaws and has a streak of cynicism running through his veins. Published reviews reveal that readers relate to the fact he has human failings.

Now, Oliver Quintrell – the protagonist in the Under Admiralty Orders series – where does he come from? Is the character based on anyone you know?

Oliver Quintrell is a figment of my imagination. He is, however, the type of man I admire – a strong silent type. His character has grown and strengthened over the course of four books and, though I cannot visualise his face, I feel I know him.

Have events in your own life made their way into your stories?

I think so. To write convincingly, you must write about places you have been and things you have experienced – love, loss, grief, joy. My first story, SEA DUST, was a young woman’s search for a new life, and like me she escaped England and sailed (I flew) to Australia. While one’s personal experiences remain guarded, veiled emotions easily spill onto the page.

You are obviously a sea-faring veteran to write such vivid scenes. What is it about your love of the sea? Have you always felt akin to it? 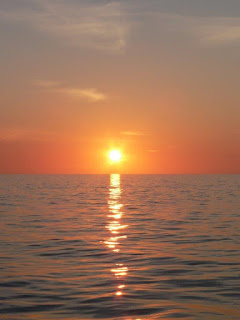 Before my first sail, I’d had no connection with the sea. But sitting bow-watch on a tall ship, in the middle of the night, witnessing the sea’s magic, had me completely hooked. Since then, I have made numerous voyages on tall ships, including on Cook’s “Endeavour” replica; on the colonial brig, “The Lady Nelson”; and most recently on the Dutch tall ship “Europa” along the Australian Bight. I’ve also sailed across the Atlantic on a barquentine though that was a more modern passenger vessel. And all this despite the fact I am as sick as a dog for about 36 hours whenever I sail. But Lord Nelson also suffered from seasickness so I believe I am in good company.

Which authors have engrossed you?

I love the swashbuckling adventures of Rafael Sabatini (1875-1950). They transport me to another time and another place.

What writer or book has had the biggest influence on your work?

What book are you currently reading? Why that one and what it’s about?

“List, Ye Landsmen” by William Russell Clark (1894) – a story of intrigue and adventure aboard a sailing ship in the mid-1800s. I have only recently discovered Clark’s works written in the Victorian style and will be reading more of his titles (57 books).

My fiction reading is limited to bedtime. Non-fiction research reading is as required.
I write at a desktop computer but whenever or wherever ideas grab me, I write them down in longhand.

Do you agree with the statement: write about what you know?

Most definitely. Good writing must incorporate all the senses and to best convey the feel for a location – the smells, sounds and sights – it is imperative to have been there. The Internet is a great source of information, but it is no substitute for personal experience. Furthermore, to convey emotion demands you delve into the depth of your heart and soul in order to write with honesty and conviction.

What challenges do you face when writing? Are you easily distracted?

I am fortunate in that I live alone and when in writing mode I will write for 6-7 hours every day without interruption. At times however, between books, I suffer from writer’s block and my mind is completely devoid of ideas for weeks. At the time I fear I will never write again. Fortunately, this eventually passes.

As an author are you self-employed or do you have another job?

Though I am now of pension age, ironically, I subsidise the government paying tax from my book earnings.

Okay, now tell us what has surprised you most about writing?

That people read my books. That they enjoy what I write and ask for more. That I make money from my writing.

What are the best and worst things about being a writer?

Writing is a lonely occupation, but I was a loner before I became a writer, so it suits me. For me, writing for a traditional publishing house was both constricting and frustrating. I much prefer the independence which self-publishing provides and also the income I receive from book Royalties (70% as a self-published author as against the 10% as a traditionally published author).

What is the most exciting experience you’ve had as a result of writing? 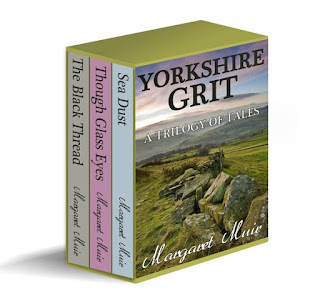 I have been amazed at the reader response to an Amazon promotion on my box set, YORKSHIRE GRIT. This promo, which ran during January 2016, boosted the titles position to #2 on several Amazon UK rankings. Apart from selling over 3000 copies in four weeks, it has also recorded over 200,000 pages read by readers who have borrowed the book through Amazon Prime. I know this will not continue now the promotion has ended, but it was a thrill to see this title being so well received.

What do you like doing when you aren’t writing?

I love to travel (by sea). Unfortunately my tall ship sailing days are over. Today I enjoy cruising the seas to discover and experience new and exciting locations for forthcoming stories. I enjoy research and study and love to learn. I also enjoy participating in writing events and this year will be attending the Maritime Writers’ Festival in Weymouth, Dorset, UK in March. And in September, the Historical Novel Society’s Conference in Oxford.

What advice can you give to other writers?

Learn your craft thoroughly. Practice your craft. Write, write and rewrite. Be prepared to accept criticism and rejection, and keep persevering. Expect little or no monetary returns initially. When they do come, the rewards may be small and it may be years before they are substantial so don’t give up the day job yet!
Write for the love of it. Write from the heart.

Thank you, David, for the opportunity of sharing this Q&A with you.

No, thank you, Margaret, it has been an absolute pleasure to talk to you. I could have talked with you all day.
To connect with Margaret you can find her on facebook and her website below. Her book titles are on Amazon worldwide.