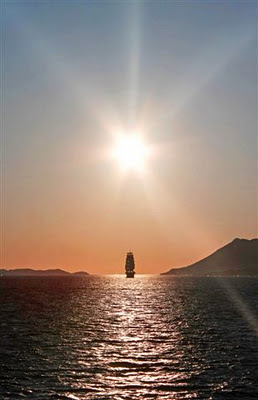 For those who enjoyed the maritime adventure, FLOATING GOLD, I am delighted to say I am now writing the sequel.
It's been a two year drought in fiction writing while I did another course at University, but I have learned a lot of History, heritage and appreciation for many things I wasn't aware of.

In the sequel to FLOATING GOLD, many of the same characters will be sailing with Captain Quintrell such as: Mr Parry - his first Lieutenant; Mr Mundy - Sailing Master; several middies who have now passed for lieutenant; and some of the foremast jacks. A sprinkling of new characters will be introduced and the destination and purpose of the mission will, of course, be different.

The year is 1803. The Peace of Amiens has been broken and Britain is again at war with France. Captain Quintrell waits impatiently to receive a commission.

I am enjoying the challenge of this new 'voyage', but struggling to find a title. My working title is "The Tainted Prize".

And while working on this sequel, a third story keeps trying to make itself know to me. I’m not short on ideas at the present!
Posted by M. C. Muir at 8:29 am No comments: Links to this post 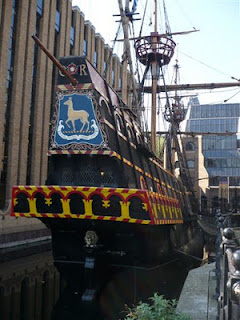 Sir Francis Drake’s ship, the GOLDEN HINDE, was designated as the WORLD’S FIRST MARITIME MUSEUM in 1581, by Queen Elizabeth 1. 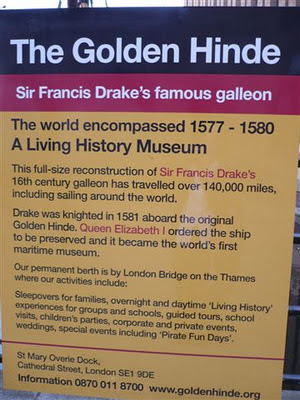 Drake travelled over 140,000 miles in this tiny 16th century galleon. A full-size replica of the GOLDEN HINDE is on permanent display on the Thames near London Bridge.
Be advised: it is down a side alley and if you are sailing down the Thames and blink you can easily miss it. 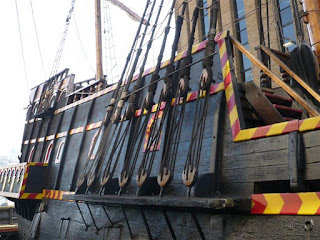 Jack Vizzard is a promising young lawyer who becomes involved with a village girl, Mary, who is below his social standing. While she is accused of a petty offence and subsequently sentenced to transportation, Jack commits a far more heinous crime for which he escapes apprehension. To ensure his safely he joins the Marine Corps.

The time is 1786 and a fleet of eleven ships under the command of Captain Arthur Phillip sails from Spithead conveying a consignment of convicts to New Holland – the land ‘discovered’ by James Cook and considered ideal for colonial settlement.
By co-incidence Jack Vizzard and Mary, unbeknown to each other, undertake this voyage.
While the initial relationship between Jack and Mary is intense, once the ships arrive in New South Wales, this relationship mellows and the focus of attention switches to the animosity between Jack and his superior officer, Major Ross.

The fact, the book’s title suggests it is a naval story, is misleading, as the majority of the story is land-based in England and Sydney. However, the historical records of the specific ships and personnel involved in this event are carefully adhered to.

FIRST FLEET is M. Howard Morgan’s first novel. It is a well written and easy to read (I read the Kindle edition), though it contains some minor errors which would be worth editing in the next edition.

FIRST FLEET provides an interesting insight into the role of the Marines who played an integral role in the establishment of the new colony which was to become Australia.
Posted by M. C. Muir at 9:31 am No comments: Links to this post

SALT IN OUR VEINS - according to JFK 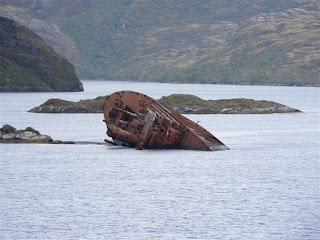 ‘It is an interesting biological fact that all of us have in our veins the exact same percentage of salt in our blood that exists in the ocean, and therefore, we have salt in our blood, in our sweat, in our tears. We are tied to the ocean. And when we go back to the sea – whether to sail or to watch it – we are going back from whence we came.’
JF Kennedy, Rhode Island, 1962.

Pic: unknown wreck – Straits of Magellan
Posted by M. C. Muir at 9:25 am No comments: Links to this post 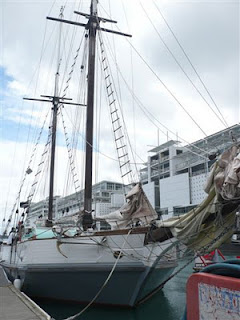 SCOWS were first built for use on the American Great Lakes. They were flat-bottomed (2ft draught) and inplace of a keel were fitted with centreboards. 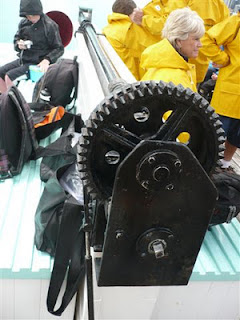 From 1873, ketch-rigged deck SCOWs were built in New Zealand for carrying timber and working in shallow estuaries. 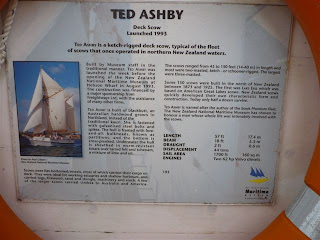 The ‘Ted Ashby’ is a replica (complete with centreboards). It takes tourists on trips round Auckland Harbour. 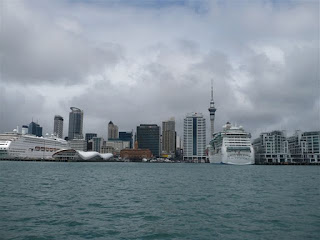 Just finished reading, Brian Lavery's, LIFE IN NELSON'S NAVY.
It's a compact little book but full of useful information and terminology for those who read maritime fiction or venture to write about it. I 'bought' the kindle version which, if I remember rightly, cost me $0.

They don't come any cheaper.
Recommended.
Posted by M. C. Muir at 10:50 am No comments: Links to this post

Email ThisBlogThis!Share to TwitterShare to FacebookShare to Pinterest
Labels: Nelson 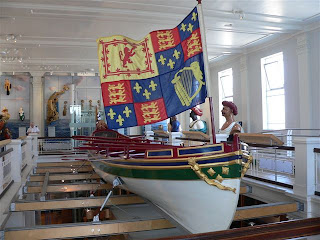 On 8 January, 1806, the funeral procession for Admiral Lord Nelson began its journey up the Thames from Greenwich. Placed on the royal barge, built for Charles II, the coffin rested beneath a black canopy surmounted by black ostrich feathers.

Nelson’s body was enclosed in a lead coffin which in turn was placed in a wooden coffin made from the mast of L’Orient, salvaged after the Battle of the Nile. The funeral barge was accompanied by a flotilla of 60 boats while huge crowds flocked to London to attend the five days of ceremonies at Greenwich, on the River Thames, in the streets of London and at St Paul’s Cathedral.

Charles II's funeral barge can be seen at the the Portsmouth Naval Museum.
Posted by M. C. Muir at 12:15 pm No comments: Links to this post

Miss Bannerman and The Duke - review

This light-hearted Regency romp by multi-published author Fenella Miller reflects the fine tradition of a Jane Austen classic.
While sisters Rosemary and Millie enjoy the attention lavished on them by the Duke, Rose’s affections cannot be bought for mere trinkets.
This page-turning romance presents an emotional tug of war. Will Rose marry for convenience to save the family? Or will she reject the Duke’s attention? Will the sisters snare the men of their dreams and, for Rose, will that man fulfil her expectations?
Miss Miller knows the era well. This short and sweet novel is well written and recommended.
Available as an e-book via Kindle.
Posted by M. C. Muir at 7:03 am No comments: Links to this post

Ignoring the author’s by-line and, if you are American, your political views, I recommend this book as a remarkable and brilliantly written autobiography.

'Dreams from my Father' is a journey story in more ways than one in which the writer struggles to unravel his heritage and place in life.

Published in 1995, it was written well before US candidacy was a figment of Obama’s imagination.
Apart from following his search which reaches over three continents, it also acknowledges the work of the many volunteers in the poor neighbourhoods whose ceaseless efforts usually go unrewarded and who often get no recognition for their hard work.
A real page-turner and thoroughly recommended read.
Posted by M. C. Muir at 6:10 am No comments: Links to this post