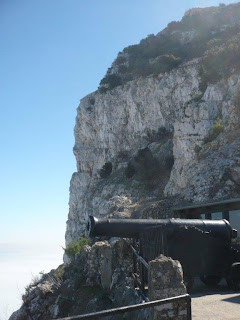 Gibraltar - where The Rock inself hides an intricate network of tunnels dug deep inside it for guns dating back to the Napoleonic period plus later eras.
This gun - near the top of The Rock has no marks on the trunnion.
Note: behind the gun on the rock face are what appear to be caves - these are embrasures for the cannon. 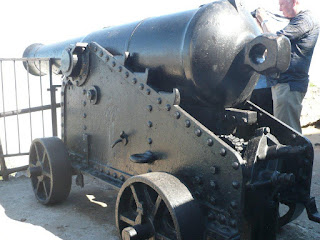 The Windsor Gallery was the first tunnel dug into The Rock of Gibraltar. It was constructed by the Corps of Engineers in 1783 after having taken a year to dig. The heavy guns which stood at the embrasures were all hauled up the mountain by hand. The zigzag road up the side of the hill has a series of iron rings in the rock face which were used for hauling. 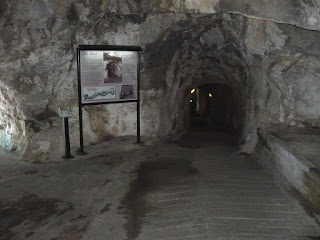 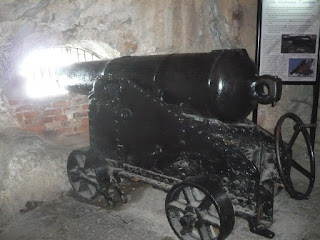 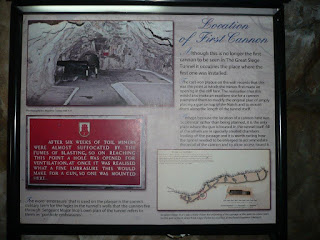 Downtown Gibraltar - The plaque reads: These four Russian guns were captured in the Crimea 1854-58 were presented to Gibraltar by the British Government in 1858.
Not exactly Rotherham cannons but may be of interest. 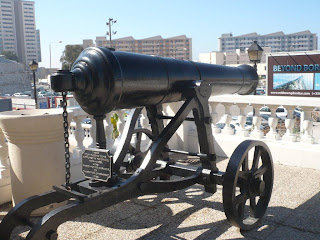 Gibraltar - half way up the Rock looking north to the narrow border with Spain (hidden by cloud) only a mile away. WW2 guns point across Algiceras Bay to the coast of Spain. 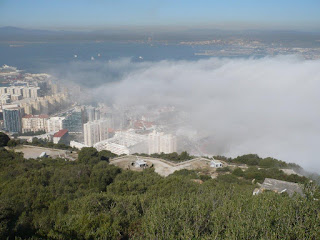 A good overview, and some nice memories.