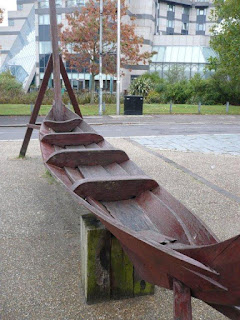 This reproduction shows the early stages of construction – first keel, stem and sternposts in position, then the strakes (planks) to form the bottom of the boat. The Frames were fixed to these then the planking. This was the method in northern Europe. In the Mediterranean they built the hull first and fitted the frames in later. 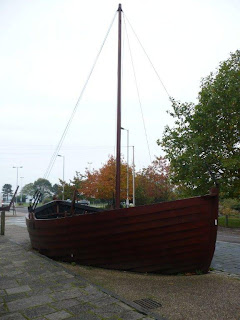 Replica Medieval cargo vessel (Southampton’s West Quay)
This type of boat was used in the 14th century to export wool (from Britain) and import wine and other goods.