The River Esk at Whitby in North Yorkshire flows into the North Sea. It is a tidal estuary. 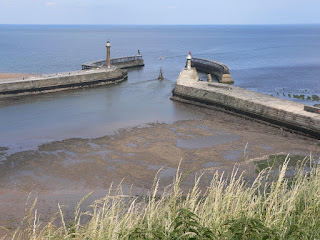 The bridge spanning the river divides the upper and lower harbours and joins the east and west sides of the historic fishing town. For centuries, Whitby was an important crossing point and from 1351 a toll was charged for using the bridge. 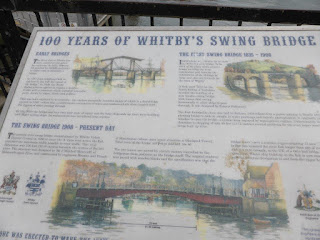 In 1609 a replacement bridge was surveyed. This was described as a drawbridge (1628) where men raised planks to let vessels pass. In 1835, the 100-year old bridge was replaced by a four-arched cast iron bridge having one arch that swivelled to allow vessels to pass through. 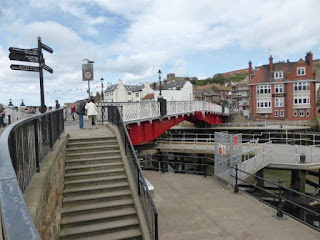 Between 1908 and 1909 the old bridge was replaced by the current structure, an electric swing bridge. No toll is charged.
Posted by M. C. Muir at 11:55 am