I first visited the Royal Galley in 2013 and posted about it at the time (see below).
The galley was the flag ship of the fleet of the Holy League (Spain, Venetian Republic, Holy See and Malta) which confronted the Turkish fleet at Lepanto in 1571. 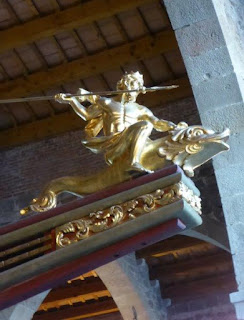 Recently, I received a request from a historical researcher regarding the placement of the galley’s guns and I was more than happy to revisit the museum in the hope of being able to discover where the guns were located. 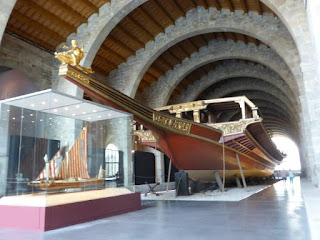 While at first, it appeared to me that there were no mounted guns on the galley, the small model housed in a glass case beneath the ram displayed an assortment of guns in the bow section facing forward. This model was built by Jose Carreras in 1970 following 10 years of study by the Museum and prior to the construction the full size replica. 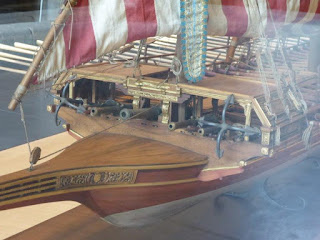 I suggest the gun placements in the small model indicate the appropriate gun positions. Because of the number and position of the oars and oarsmen, I thought it would be impossible to have port or starboard facing guns. 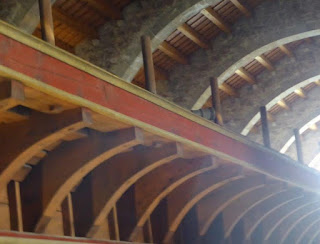 However, on closer examination of my pics, there is the muzzle of a gun just visible between the rowlocks and a swivel gun fitted on the cap rail. 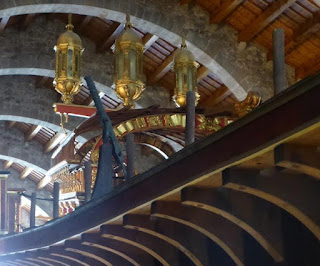 Any comments or advice about the guns would be appreciated. The stern castle does not appear to allow for gun placements. 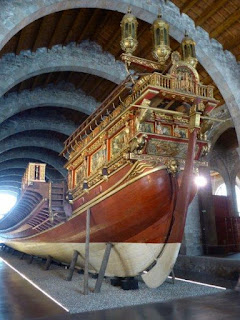 I have included in this post a couple of additional shots of the galley that did not appear in my 2013 post. 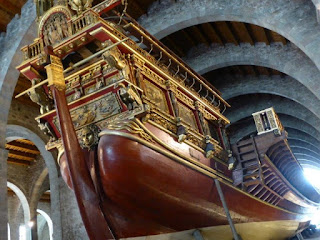 (http://margaretmuirauthor.blogspot.com.au/2013/12/royal-galley-spectacular-exhibit-in.html).
The galley really is a magnificent replica – it amazes me that so few people visit the Museum for which the entrance fee is only 5 euro. 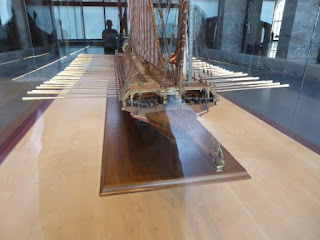 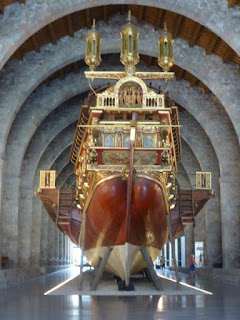 Whitby jet pendant-We are a small company that produces handcrafted jet jewellery from our workshop in Whitby, North Yorkshire. We only use the best quality Whitby jet which we either collect ourselves or source from one of a handful of trusted local collectors. This means we know the origin of every piece of jet before it is cut and polished.