New York, New York – one hell of a town – my recent visit


Following a night beside the Miami River – the river that flows from the Florida Everglades to the port, I boarded a cruise ship. New York was its next port-of-call. 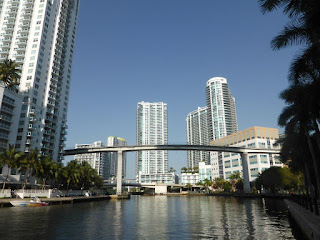 Two days later, everyone aboard ‘MSC Divina’ was on deck to get the first glimpse of the Statue of Liberty. Having welcomed millions of people to the US over the years, the grand lady did not disappoint. (To get some idea of the statue's size, you can see the visitors standing around the stone parapet at the bottom of the picture.) 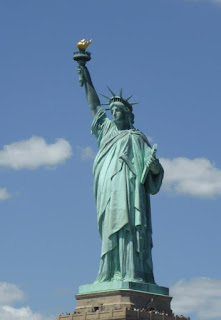 The sun shone brightly from a clear sky and the River gleamed while the big barges laden with cargo (which I did not expect to see) glided up and down the waterway. 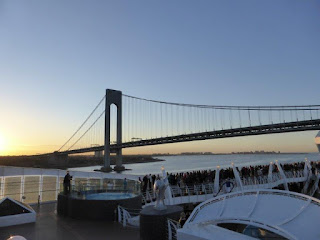 The Brooklyn Bridge was easy to recognize but it was the new majestic One World Trade Centre building – the highest in the Western Hemisphere – that grabbed everyone’s attention. Shining in the morning sun, its faceted faces reflected the sun, the sky and clouds. 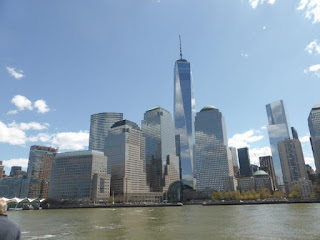 It has 94 floors, and is the tallest structure in New York City. With the massive spire on the top, the skyscraper it measures 541 meters tall or 1,776 feet – the number of feet being a deliberate reference to the date of the signing of the Declaration of Independence. 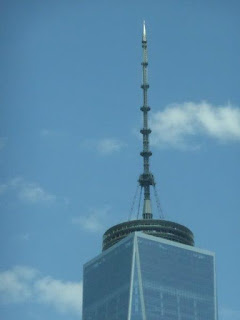 Manhattan is remarkable to me for the surprises it has in store for visitors. I found several things I did not expect: such as stepping off the cruise ship right onto the streets of Manhattan. 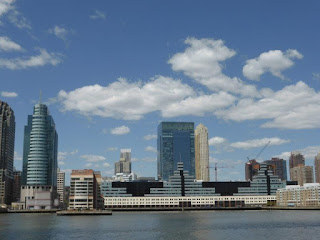 Buildings, which at a distance look as though they have been constructed of Lego blocks. A constant buzz of helicopters taking off and landing at a waterfront landing pad. 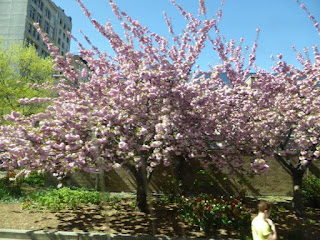 Blossom trees on the sidewalks heavy with flowers. 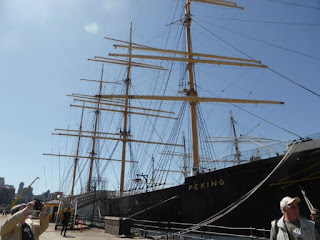 Old sailing ships and the aircraft carrier ‘Intrepid’ tied up alongside ferries and other boats on Manhattan’s foreshore. Even more surprising was to see a British/French Concord aircraft sitting on Pier 88 next to it. 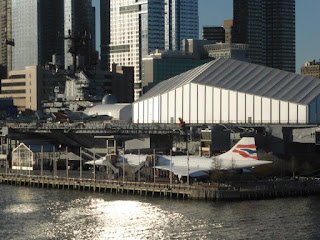 Broadway, Fifth Avenue, Time Square, Greenwich Village and Central Park and more were all on the list, but foremost was a visit to the September 11 Memorial. Seeing the twin pools of remembrance, bordered with bronze panels inscribed with the names of the thousands of victims who perished, was a sobering experience. 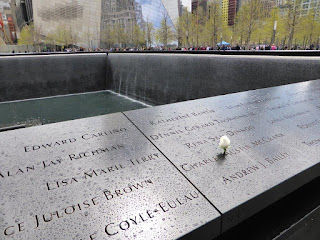 Despite being familiar with the events of 9/11, it is hard to image, when standing in the footprint of the twin towers that such a horrific thing happened on that very site.

The new Tower overlooking the Memorial takes on an almost ethereal appearance as it melds with the sky and disappears into the Heavens. 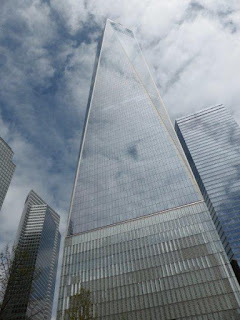 My visit to New York has certainly left lasting memories.
Next stop The Azores.
Posted by M. C. Muir at 7:20 pm