Vera Cruz - replica caravel of Carbal who discovered Brazil in 1500


This 23m vessel Vera Cruz can be seen on the Tagus River at Lisbon, Portugal.
It was locally made in 2000 and is constructed entirely of wood. 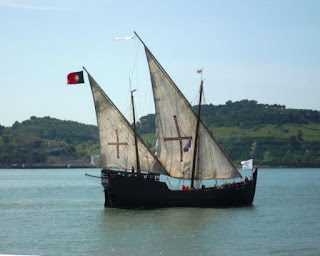 It is a replica of the caravel that discovered Brazil in 1500. The voyage led by Pedro Álvares Carbal, with 15 ships (carracks and caravels), was to sail to India around Africa – the route opened by Vasco Da Gama. However, on the way (sailing far enough west in the Southern Atlantic to catch the ‘volta do mar’ or ‘the turn of the sea’ - the winds to carry them around the horn of Africa) Carbal sighted land, which he thought was an island. 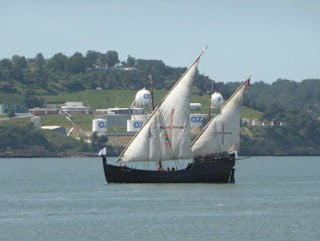 After making landfall, he exchanged gifts with the indigenous indians. Carbal claimed the land for the Portuguese Crown and called it Ilha de Vera Cruz (Island of the True Cross). Once it was realized that this land was not an island, the name was changed several times before it was called Brazil (after the wood used for dying). 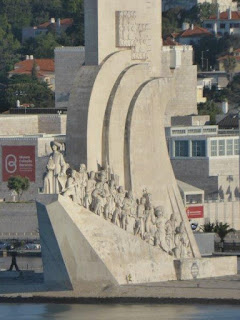 Carbal, who appears in the Momument to the Discoveries, standing next to Vasco da Gama, is recognized as being the first European to discover the South American continent. 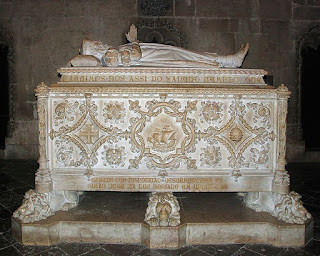 Located in Lisbon’s Benin district is the Jeronimos Monastery. This magnificent building was constructed in 1502 to commemorate Vasco Da Gama's voyage of discovery. Vasco da Gama's tomb is inside by the entrance.

Note: Unfortunately my own picture of the tomb was poor. This one is courtesy of Wiki Creative Commons.
Posted by M. C. Muir at 12:48 pm

Magical to see the replica boat. The courage of Carbal and his men to cross oceans in such vessels is humbling. But that spirit of adventure has always fascinated me. I visited the Jeronimos Monastery and remembered vs Tories written by Geoffrey Greece of those seafaring men of long ago.

It's not Carbal, it is Cabral, Pedro Alvares Cabral.