Three Peaks Race competitors in a close race at Freycinet 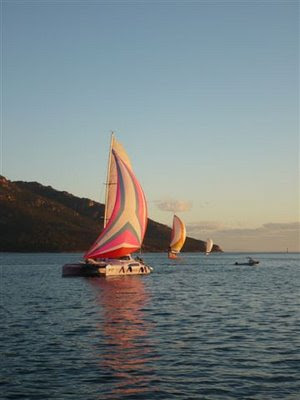 There was a gap between first second and third boats home then six of the 13 competing craft were seen entering Coles Bay.
What a sight it was as they rounded the headland - spinnakers flying.
But it was late and the runners would have the unenviable job of running over the Hazards in the dark and heading up Mr Freycinet - the second peak. 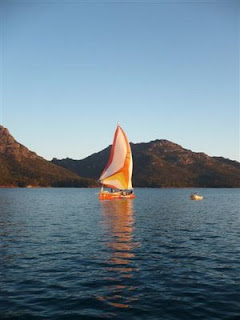 But the Lady Nelson could linger no longer and at 9 pm we weighed anchor and headed south.
Unfortunately the wind had died and it was back on motor.