TEA – its story hidden in the bottom of a cup. Stories of kings and commodities, of cucumber sandwiches, and of clipper ships. 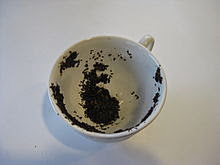 Just a cup of char, you say. No, that is where you are wrong. You may be surprised to learn that deep within the cup lies a tale more interesting than any book. In fact, the stories it could tell would fill a library.

Allow me to demonstrate. First, I boil a pot of fresh-drawn water, warm the base of a fine porcelain teapot, then scatter in two teaspoons of some exotic blend. Onto the dark dried leaves I gently pour the steaming liquid.

Notice how the leaves separate and swirl, swimming in circles, then settle gracefully to the bottom. You must allow at least three minutes for the brew to stand before pouring the infusion carefully into a china cup. Sip slowly and let your taste buds savour the slightly bitter brew. Enjoy and relax just as Mrs Isabella Beeton directed. 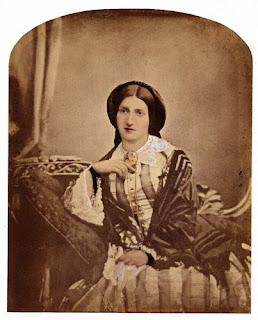 But that is not the end of the story. It is just the beginning. You are about to learn of the secrets that lie dormant at the bottom of the cup.

The fortune-teller, wise woman, sage, reads from the cup and delivers a divination of things yet to come. She sees the images as clearly as a photograph - of life, of death, and love hanging somewhere like a carrot up ahead. She sees the lover, the colour of his eyes, his dark brown hair, his suntanned skin.

You look and see a soggy mass of leaves. Not satisfied. Then wait, I’ll pour another cup. I assure you, the story of the leaf is no illusion. There are no hallucinatory charms in this infusion.

Look deeper into the dregs and you will find stories by the score. Tales of foreign lands, of fortunes wagered and won and wild adventures on the high seas.

Close your eyes as you gaze at the leaves.

You’ll find yourself in China 5000 years ago where farmers learned to cultivate the tall green bush that grows high upon cloud-shrouded hills. The flush of top shoots is the prize plucked by strange people in this foreign land. 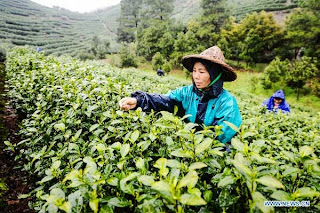 Then Dutchmen sailed to the East, bargained for the leaves and took samples home with them. Tales of the new brew quickly spread through Europe. A drink, refreshingly exotic. A drink fit for a king. Merchants in the City pricked up their ears. A trade in tea could make each one of them a million pounds.

And so began the race to transport tea, to bring the cargo swiftly back to England. A race between the fastest ships afloat – the flying clipper ships. At no other time in history were so many gracious ships built so quickly. Tall square-rigged ships flying more sails than any ships before or after. Built with holds broad enough to carry that one commodity – Tea. 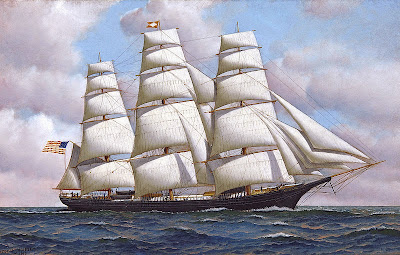 As sailors braved the rolling seas and battled pirates and mutineers, and greedy merchants wagered all they had to buy the season’s crop, the challenge keened – each ship vying to beat the record time from the Orient, around the Cape to home – in less than 80 days. These were the greatest races of the sea. Huge vessels sailing neck and neck, from China to the Thames and dropping anchor at the finish line less than half an hour apart.

The Cutty Sark, her record still intact, rests at Greenwich beside the River Thames. Perhaps one day she’ll loose her sheets and shake out her dusty canvas. Perhaps her sky-scrapers will once again cut through the clouds.
But I think not. 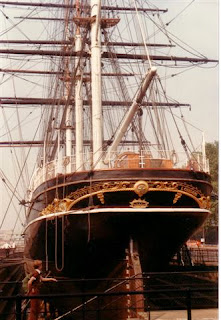 Drink up.
What do you see?

But look again. This time to the West. To Boston Harbour and Paul Revere, and chests of tea dropped into the ocean. An ominous storm is brewing. It hangs heavy on the air and carries with it the smell of Revolution.

Another cup?
What’s that you say?
Everyone drinks tea today.

I know. In factories, homes and offices people drink their beverage, their so-called cuppa tea, its flavour drowned in cow’s milk and sugar substitutes. Ground so fine no single leaf is granted freedom to float up to the surface.

The gipsy rubs her eyes but sees no future in the bottom of the cup. Who can recognise this brew? A bag of leaves enveloped in a shroud of white with cotton strings pulled tightly round its throat, its name printed on a swinging tag, hanging like the label on the corpse’s toe, cold on the mortuary shelf. No future now. It’s past forgotten.

Is it really the same drink? I wonder. 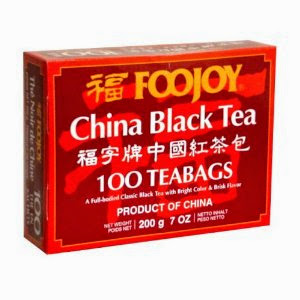 So, my friend, if one day you’re feeling low and listless, why not investigate?
Break free the winding cloth of gauze which smothers it.

Release the leaves. Allow the particles to fall and settle to their tale. Enjoy the drink, and when you’re done, gaze to the bottom of the cup.

The stories are still there for you to read, mysterious and exotic, stories of Kings and commodities, of cucumber sandwiches and of clipper ships.

Relax and enjoy your cuppa.
Cheers!

I love posts about tea. Earl Grey is my tipple.

My favorites are English Breakfast from all brands, and also Irish Breakfast, also Taylor's of Harrogate Kwazulu. I like Assam the best.

I too choose English Breakfast and have never acquired a taste for Earl Grey. Thanks for dropping in and enjoying a cuppa.