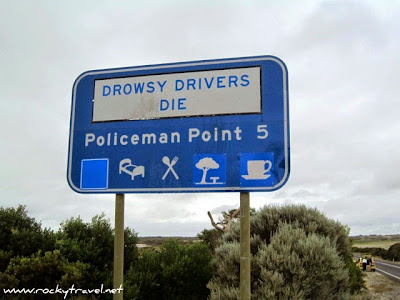 This is Nicole’s story as she related it to me:

"I had borrowed Dad's Hilux to take my girls shopping. It was nearly lunchtime when I packed the groceries in the car and we set off for the 50 km drive home from Perth (Australia). It was warm, so I wound the car window down."

Nicole remembers the day well. Her three year old daughter, Jessica, was sitting in the back. She had an adult seat belt on. Courtney, only ten months old, was in a child safety seat.

"She was asleep," said Nicole. "And for a second I fell asleep too."

She remembers the sound of the wheels hitting the gravel and trying to get the car back onto the bitumen. "But I overcorrected and the car swerved. I put my hand out of the window and onto the roof in an attempt to hold on."
The Toyota rolled four times. 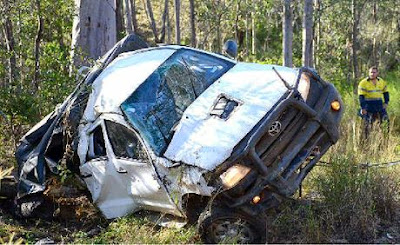 "When it stopped, my first thoughts were for the girls. Shopping was scattered everywhere inside the car. Jessica had bumped her head but she was okay. Courtney was still in the child seat but she was crying."

Nicole glanced at her right arm. All the flesh and muscle had been stripped from it. "I couldn't reach round with my left arm to unfasten Courtney's harness, and, as the car was on its side, even if I did, I knew she would roll out and I wouldn't be able to catch her. Fortunately," said Nicole, "Jessica managed to get herself out of her seat belt but when she saw my arm she was scared.

"I told her it was only beetroot juice from the shopping and asked her to check on her sister. I never felt any pain. I was just worried about the girls."

Nicole said it seemed like ages before help arrived, but she was lucky because a car had been following and had witnessed the accident happen. Though Nicole was not aware of it at the time, her injuries were critical. Her shoulder, upper arm and forearm were broken. Her wrist, hand and knuckle were shattered. And apart from the fractures, her arm was de-gloved from the back of her hand to the elbow.

"I spent a month in hospital," she said. Much of that time was in the Burns Unit where she underwent reconstruction and skin grafts. A steel plate was inserted into her upper arm and pins and screws in her hand. Muscle from her abdomen was used to replace the muscle stripped from her forearm, this was then covered with skin taken from her leg. Bone from her hip was used to rebuild her shattered wrist.

"I learned afterwards they were going to amputate my arm," Nicole said. "At first, because of the pain, I wished it had gone. But now I am glad I have it." 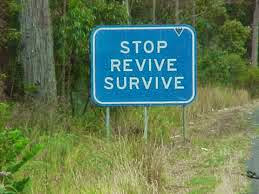 Though Nicole will never regain full use of her arm, she knows she was lucky she did not suffer brain or spinal injury, and that because of the seat belts, her two girls, survived uninjured. Her accident was the direct result of falling asleep at the wheel.

Dr Mark Rosekind, a fatigue specialist at NASA's Ames Research Centre in California, said drowsy people are notoriously bad at judging their ability to stay awake. If you are travelling at 100 km per hour and close your eyes for two seconds, the car will travel 50 metres. Enough distance to do plenty of damage.

"These days I make sure I never drive when I'm tired," Nicole said.

This post was first published in the Toodyay Herald (Western Australia) as “When the bough breaks…”by Margaret Muir.
Vehicle crash image Pic: This accident happened in Gympie, Qld in 2013 when the learner driver lost control. The Hilux rolled three times but thanks to their seat belts, the two women occupants survived.