Breast Cancer in 15-39 year olds – are their special needs being met?

For teenage girls, young mums, or women looking towards marriage and motherhood, the psychological effects of a cancer diagnosis and breast surgery can be devastating.

When I spoke with Heather White (not real name), some time ago, she recounted how isolated and frightened she had felt when confronted with the diagnosis at age twenty-seven. At the time she had a 15 month-old child and was hoping to have another baby. A year after her operation and the loss of both breasts (bilateral mastectomy), Heather gave birth to a daughter.

Heather believes that the needs of young women in the prime of their reproductive years, often with a baby, or planning a family are quite different to those of the women old enough to be their mothers or grandmothers. Their need for emotional support is much higher than that of older victims.

Women of menopause age and older have usually raised a family, and have the support of a husband or long-term partner. Conversely, many younger victims (some little more than girls) have no partner to provide the emotional support necessary, or may have only been in a relationship for a short time.

While some marriages breakdown in consequence of the treatment, younger women suffer greater psychological effects in seeking or retaining a partner after mutilating surgery (the term the surgeon uses).

“Body image is important,” Heather said. “A lot of girls go into denial over how they look.” Hence the reason they opt for breast conservation options such as lumpectomy and less radical surgery, and many opt for breast reconstruction following mastectomy. 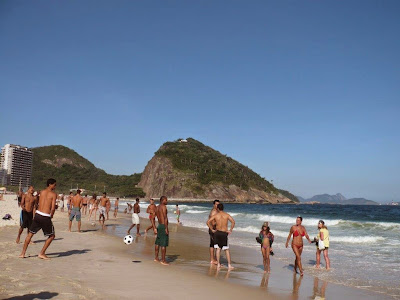 From a positive standpoint, today’s young victims are better educated than their older counterparts. They ask more questions and are more inclined to take a greater part in the decision making when it comes to surgical options.

Looking back at the level of support she received pre- and post-operatively, Heather felt that the breast support services from early diagnosis to follow-up were directed towards older women and that the psycho-social needs of young victims like herself were largely unmet.

It has been shown that the anxiety levels in younger breast cancer victims are three times higher than found in older women. Radical mastectomy with the loss of one or both breasts, results in loss of confidence and self-esteem. This can then lead to increased levels of depression, withdrawal and social dysfunction. Though the physical support these women receive is good, the psychological and emotional support is often lacking.

While the psycho-social needs of young breast cancer victims are recognized, more research into the field of psycho-oncology is essential. Hopefully this will lead to further improvement in the supportive care provided for young victims of breast cancer. 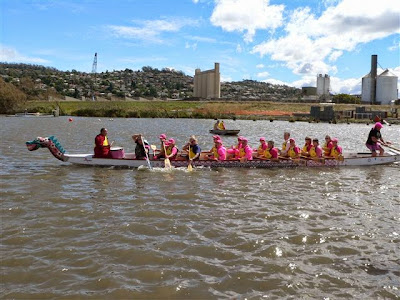 At the time of writing, 61 young women aged from 15-39 were diagnosed with primary breast cancer compared to 1020 over 40 years of age. These figures changed little over 5 years (Western Australia).
The author was diagnosed with early breast cancer at age 48 and worked in the field of cancer diagnosis for 20 years.
Pic: Copacobana Beach, Rio - what woman would not want to be seen there?
Pic: Breast Cancer survivors paddle a Dragon Boat.
Posted by M. C. Muir at 1:25 pm