THE CONDOR'S FEATHER by Margaret Muir 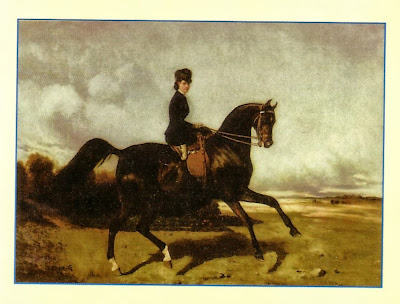 It has been written that this land was the last place on earth which God created. That he used all the pieces He had left over, the deserts, plateaux, mountains, rivers, lakes and glaciers. Not wanting to waste anything He threw them all together and created the tail end of the earth. 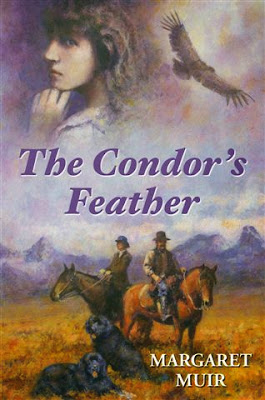 “This is just one of Margaret Muir’s evocative and memorable descriptions of Patagonia, a land about which so much has been written and repeated. Muir spends a great deal of time creating a sense of the Patagonian landscape in all of its beauty and, at times, savagery. She evokes the constantly changing colours of the Patagonian sky but also takes moments to cover the vast open steppe with its violent winds and sandstorms that rake the land, so the reader is left in no doubt of the formidable wild frontier that Patagonia once represented to most, even until the fairly recent past. She also clearly has a love for animals, vividly describing both domestic animals such as the dogs and horses that travel with their masters, and the wild guanaco, pumas, ostrich-like ñandus and condors that the travellers meet on their journey.”
From Amy Turner, Cascada Expeditiones/Cascada Travel, Santiago, Chile.

THE CONDOR’S FEATHER was first published in hardback by Robert Hale in London. It is now available as a kindle e-book for $2.99 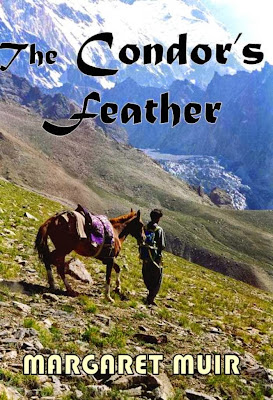