Festival of Golden Words to remember the life of RICHARD CARLTON

The writers festival set for March in northern Tasmania, will remember RICHARD CARLTON the veteran TV journalist who died on assignment while covering the BEACONSFIELD mine rescue in 2006. 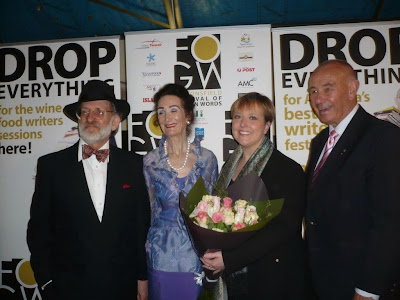 Last week saw the launch of the Festival of Golden Words, a writers’ event to be held annually at the historic gold mining town of Beaconsfield in northern Tasmania. It will feature 70 well-known authors from around Australia including Nick Earls, Steve Bisley, Maggie Beer and Dr Philip Nitschke.
The event will also host the inaugural Richard Carleton address as a tribute to the journalist who died while reporting the mine disaster in 2006. Richard’s family will be present for the lecture. 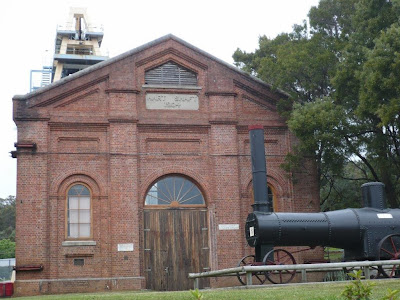 Pic:Officially launching the event was Tasmania’s Premier, Lara Giddings, seen here with Mayor of the West Tamar Region, Barry Easther, and the Convenor of the Festival, Stephen Dando-Collins and his wife, Louise.
Pic 2: The historic mine with the latter-day shaft in the background. The mine is now closed but attracts tourists to its museum.
Posted by M. C. Muir at 10:55 am