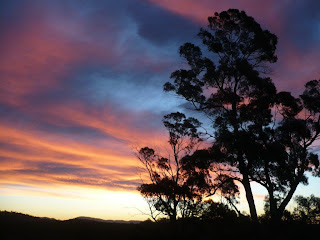 Tasmania leads way on voluntary euthanasia
The paper proposes a model for voluntary euthanasia based on laws already in place in Oregon, Washington State, the Netherlands, Belgium and Switzerland.
Voluntary assisted dying would only be available to Tasmanian residents with an advanced terminal illness who have given written and verbal consent and have been assessed by at least two doctors. The law would be subject to independent oversight. Based on international experience, it is estimated that Tasmania could expect as few as eight cases of voluntary assisted dying each year.
This proposal is likely to attract strong community support, and so the real challenge will lie in Tasmania's independent-dominated upper house. If the numbers are there, Tasmania will lead the nation on this issue. This would no doubt put pressure, as it should, on parliamentarians in other states to wake up and listen to the views of those that they represent.
Sydney Morning Herald – Feb 27, 2013 (Read more: http://www.smh.com.au/opinion/politics/tasmania-leads-way-on-voluntary-euthanasia-20130226-2f3wt.html#ixzz2MbxUFjyZ)

I support this proposal and, co-incidentally, am in the process of preparing some short pieces of writing which I have had tucked away for many years, and among them is a very short (and fairly light) story which addresses euthanasia.
Under the book title 'WORDS ON A CRUMPLED PAGE', I intend to include an eclectic mix of poetry, prose and trivia.
And because it topical in Tasmania, I will also reproduce the short story - 'ONE WAY TICKET' on my blog.
Image: Winter sky - Norhtern Tasmania
Posted by M. C. Muir at 9:55 am

Email ThisBlogThis!Share to TwitterShare to FacebookShare to Pinterest
Labels: Euthanasia, One Way Ticket, Words on a Crumpled Page