Early European exploration and the legacy of Zheng He 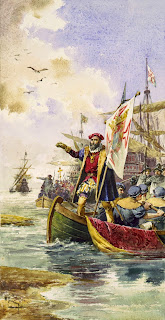 In December 1497, when the Portuguese explorer Vasco da Gama sailed into the Indian Ocean, he met little opposition. Instead, he discovered a sea of enormous potential. Fortunately for the Europeans, the great Chinese armada of Admiral Zheng He no longer existed, though it had left a lasting legacy. That legacy was the sea-routes, markets and ports of a functioning trading system first established by the Arabs and reinforced by the Ming dynasty.

If China’s maritime might had still ruled the waves, Vasco da Gama and the European adventurers who followed him would have faced fierce opposition from the massive Chinese fleets and the history of European globalization in the Indian Ocean would have been very different.


Why did the Chinese embark on maritime trade?


Drought, floods and famine, combined with the rule of a ruthless Mongol dynasty, saw fourteenth century China wilting under the effect of on-going economic misery. But in 1368 the Ming dynasty emerged ousting the Mongol rule. Having lost some of its overland trade routes, the new Emperor turned his attention to the sea and the trading opportunities it offered and, from 1405 a period of Chinese maritime expansion began. 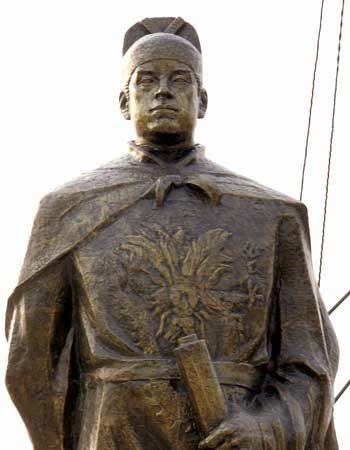 Emperor Zhú Di nominated the eunuch, Zheng He, to command his fleet. Standing seven feet tall, the admiral was a Chinese Muslim who could speak both Arabic and Chinese.  It was a judicious choice ‘to send a Muslim to lead expeditions into sea-lanes dominated by Arab merchant sailors and into countries that were in many cases Muslim’. 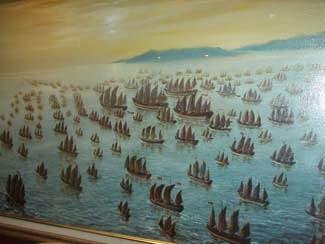 But the fleet’s purpose was neither discovery nor warfare because, ‘Ming Confucians preferred persuasion to coercion’. The fleet’s mission was one of diplomacy, to establish foreign relations, exchange gifts and impress other lands with Chinese produce and technology. It achieved this, through enforcing a system of tributes on the countries bordering the Indian Ocean including West Africa.

The Chinese fleet numbered over 300 vessels. Compared to the tiny carracks of the Portuguese explorers, Zheng He's treasure ships were mammoth ships, the largest measuring 440 feet in length with nine masts and four decks. Each ship was capable of accommodating more than 500 passengers, including navigators, sailors, doctors and soldiers, as well as a massive amount of cargo in its huge hold. It is not surprising that for thirty years the might of the Middle Kingdom dominated the sea-lanes of the Western Sea. 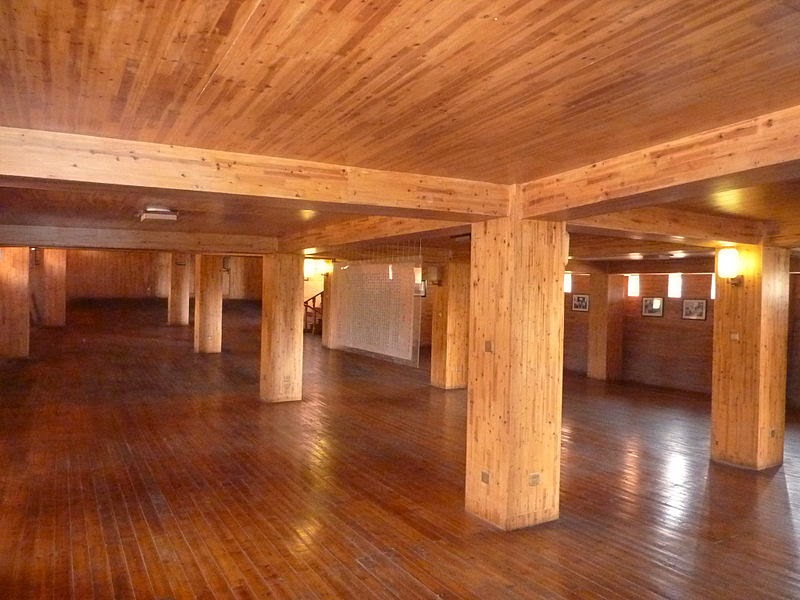 But besides acts of diplomacy, the fleet was also an armada, transporting a mighty force of soldiers that could be landed at any port. It was written that the fleet was a terrifying sight to behold, striking terror into those who witnessed it and creating such fear that the enemy would capitulate without conflict.


Fighting, however, was occasionally inevitable with a Treasure ship carrying up to 24 cast-bronze cannons with a maximum range of 240 to 275m (800–900ft). However, the ships were primarily considered luxury trading vessels rather than warships. But in one battle, Zheng He destroyed the pirate fleet of Chen Zuyi killing 5000 men. He also established a network of military allies. 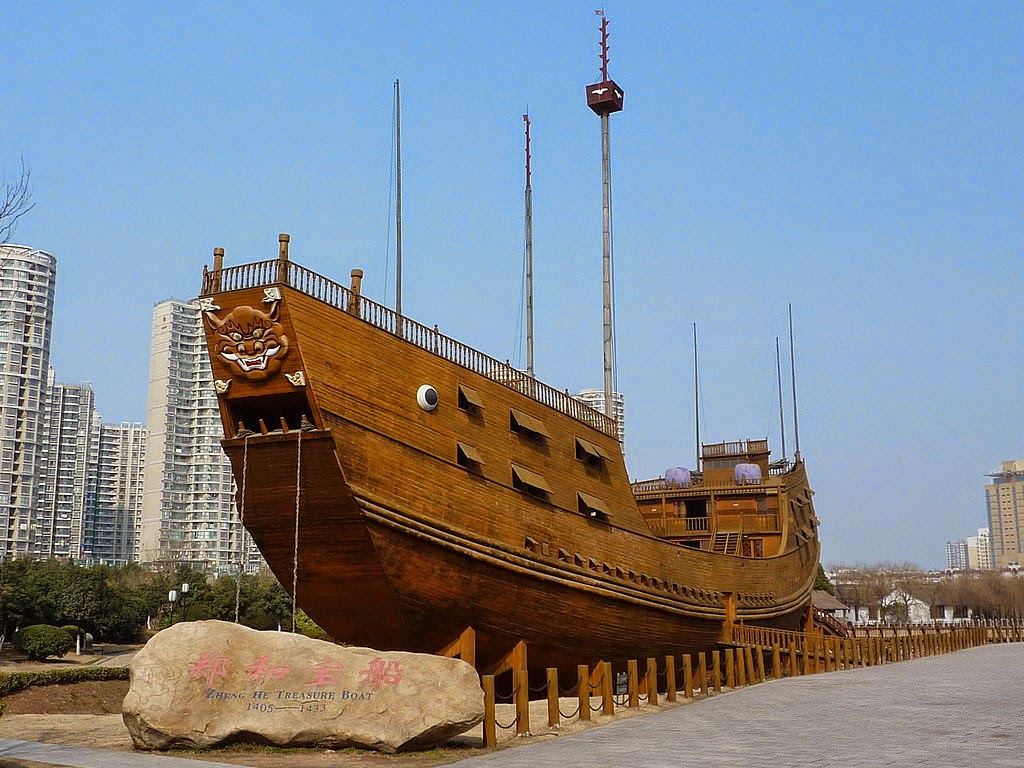 Suddenly, in 1433, the Chinese fleet was withdrawn and all evidence of it and the ships and its voyages were erased. The Emperor had decided it was time to halt the enormous costs being spent on the Treasure Fleet. It was time to consolidate, to secure China’s frontiers and to concentrate on an agrarian economy in order to feed a rapidly growing population. The Emperor succeeded in making the Ming dynasty one of the wealthiest economies on earth. 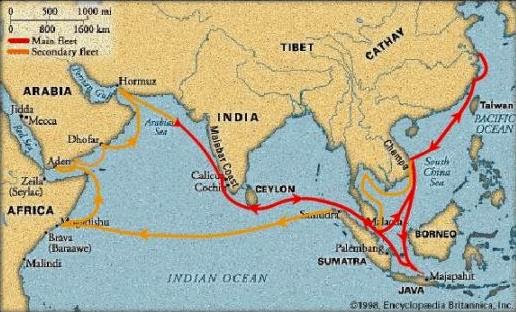 From 1405 to 1433, the Chinese fleet had dominated the Indian Ocean but the disappearance of the largest and most powerful naval force ever seen left a lasting legacy. When China withdrew from its mercantile trade to concentrate on a purely domestic economy, it left the established sea-routes and commercial ports wide open to the emerging maritime nations of Western Europe. The Portuguese were the first to take advantage of it.


References supplied if required
Posted by M. C. Muir at 9:57 am