The Sea – a source of inspiration for writers 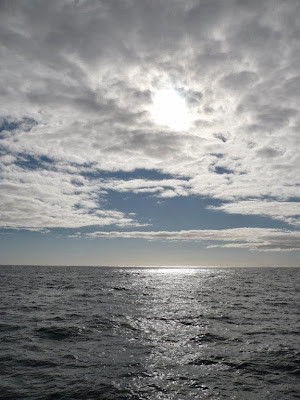 According to evolution, our ancestors emerged wet and naked from the water. From the very beginning, the influence of the sea was installed deep into our psyche. It is also said, we have salt in our blood. And certainly, for those of us who live on an island surrounded by water, the sea is an inextricable part of our heritage.

For centuries, the English Channel was a shield against invaders – a thin coat of liquid armour protecting a crumbling coastline. But the waves and currents flowing around Britain’s shores also served to carry ships abroad to far off lands and from there evolved stories of adventure and derring-do, and children’s classics like Treasure Island and Robinson Crusoe. Fiction writers have never been without tales to tell of smugglers and pirates, of great whales and sea monsters, of fleets of fighting ships and cannon raining fire onto the sea.

But for some writers, the sea merely provides the backdrop to a story portraying it in passing as impersonal and characterless. Yet, for others, at times, the sea takes on distinctive roles, transforming in an instant from calm to aggressive, prone to violent outbursts, malevolent tantrums, capable of unleashing untold terror on the unsuspecting. This dominant gendered sea forever lurks in wait ready to challenge the brave souls who dare venture into its realm. Yet its opposing persona is soft, serene, bountiful and beautiful. La mer extends its all-encompassing arms to cradle the weary mariner and rock him throughout his slumber. 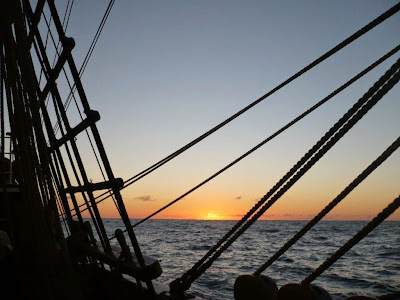 For centuries, most folk had some connection with the sea – a husband or brother being a sailor or fisherman, a cooper or shipwright being known to the family. Even the food people ate, the cloth from which their clothes were made, and the sugar they added to their tea, provided a connection to the sea, albeit loosely.

With two brothers who rose to the rank of Admiral, Jane Austen was intimately connected to naval life, an influence that filtered into some of her books. After being inspired by the battles fought during the Age of Sail, the classic seafaring novels of CS Forester (Horatio Hornblower series) and Patrick O’Brian (Jack Aubrey/Master and Commander) were spawned. From Vikings raiders pillaging coastal villages, to the arrogant Spanish fleet sailing up the Channel, to the threatened invasion of England by Napoleon’s forces, many stories have already been penned, while false lights, shipwrecks, cannibalism and survival have also coloured the pages of literature.

For non-fiction writers, the list of real-life heroes and their ships is never ending. Francis Drake in the Golden Hinde, Walter Raleigh, Horatio Nelson, and more lately Ernest Shackleton and his ship Endurance, whose enemy was not the freezing winds blowing up from the South Pole, but the frozen waters of the Weddell Sea that gripped the ship’s hull and dragged it down into the deep. 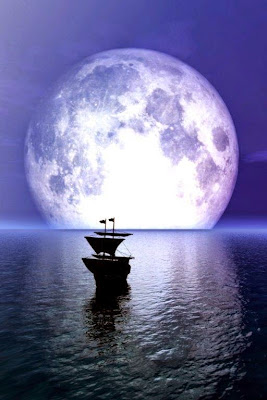 Writers of all genres, including film and poetry, have long been inspired by the sea’s mysteries. Few folk have never heard of Coleridge’s, Rime of the Ancient Mariner and the ‘death fires (that) danced at night; The water like a witch’s oils, Burnt green and blue and white,’; or failed to have been stirred by the lilting words of John Masefield as he vowed: ‘I must go down to the seas again’; or the haunting words of William Whiting’s hymn, Eternal Father, reminding us of ‘those at peril on the sea’. Loss of life through misadventure or mutiny is at the root of many an evocative story.

The sea is a vast ocean of inspiration with many tales still waiting to be told - stories of early emigrants, the pioneers who populated the Atlantic littorals, whether as willing migrants, as slaves, or as felons transported in chains. Each is a story worth telling. 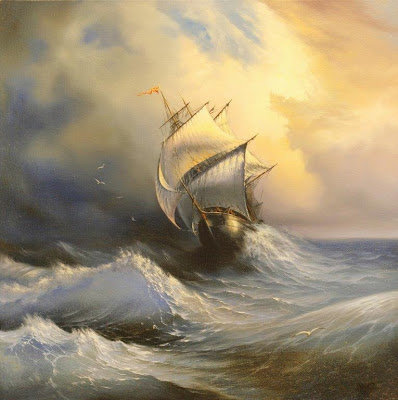 And it matters little what era you set your story in, be it Tudor, Elizabethan, Napoleonic or latter-day. Nor does it matter whether the characters are conveyed in coracles, canoes or caravels, the sea is ageless. It provides a dependable backcloth and, by being able to reflect atmosphere, fluctuating emotions and heightening tension, the sea can play an integral part in any story.

As a writer, what does the sea invoke in you?
An idyllic South Sea island setting? Stories of stowaways, storms or sunken treasure? Or sword-wielding pirates and swashbuckling romance? 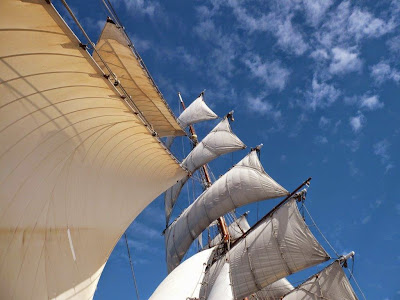 My love–affair with the sea began after sailing on a tall ship on the Indian Ocean. Amazed by the bioluminescent particles that shine like diamonds in the black water. I was inspired to write my first novel, Sea Dust. Today, ten years on, I continue to set my stories on the ocean.

This brief excerpt reveals one captain’s relationship with the sea:

For Oliver Quintrell, the sea was his comfort and companion and, when licking the salt from his lips, he had no doubt she was his mistress. Despite her foibles and fickleness, moods and mysteries, she was soft and sensuous – beguiling in her calms and tantalising in her tantrums. She was the force that heaved beneath him every day and lulled him to sleep every night. By constantly challenging him, the sea made him fearless (not reckless), and it was the sea that would receive him into her arms on the final day of reckoning. 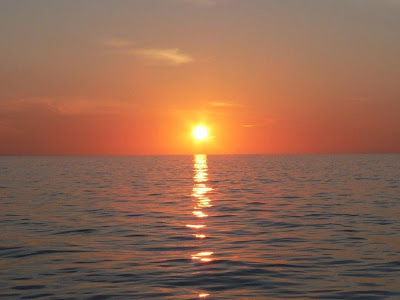 This post was first presented to the Ship’s Ahoy panel at the Historic Novel Society’s conference in London in 2012.

Ah, the Ships Ahoy panel at the HNS Conference in London! It was a pleasure, Margaret, to share ideas and company. A lovely post that illustrates the source of our inspiration...

Sorting through some papers, I came across the notes I had made for the panel discussion. I thought it was worth breathing some life back into this short presentation.

I've missed your words and yes...inspiration dances on my heart too, with each wave of.