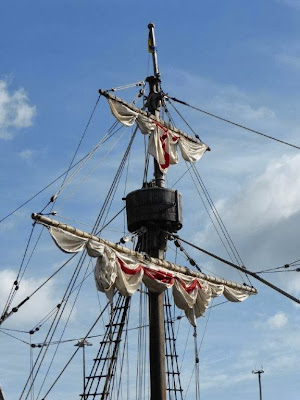 This replica of the Christopher Columbus’s 15th century, ‘Santa Maria’, was commenced in 1997. It was built by Dutchman, Rob Wijntje, a resident of the island of Madeira.
As no original plans existed, Rob sourced information from books in an effort to construct a replica as close to the original as possible. The resulting ship is 22 meters long, has 3 masts - the tallest being 16 meters high, and built entirely of mahogany.
Today the ‘Santa Maria’ sails regularly out of Funchal, taking passengers along the rugged south coast of Madeira. 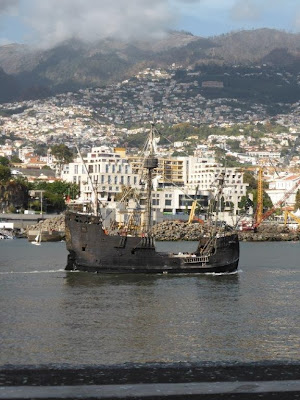 Historically: ‘La Santa María de la Inmaculada Concepción’ or ‘La Santa María’ was a medium sized carrack and was the largest of the three ships used by Christopher Columbus in his first voyage. It was the flagship of his expedition which sailed to discover a new route to the spice islands of the east. 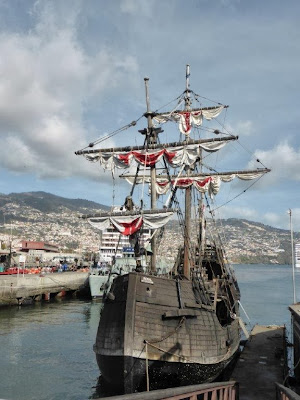 The other ships of the Columbus expedition were the smaller caravel-type ships Santa Clara, remembered as La Niña ("The Girl"), and La Pinta ("The Painted"). All three ships were second-hand and were not meant for exploration. 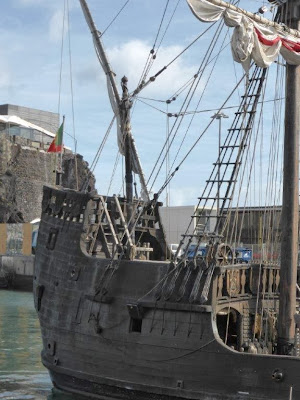 The ‘Santa María’ was built in Spain's north-east, having a single deck and three masts.
She was the slowest of Columbus's fleet but performed well in the Atlantic crossing. However, on Christmas Day, 1492, she ran aground on the coast of Haiti. 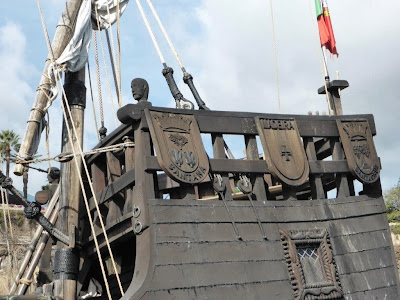 As the ship was beyond repair, Columbus ordered his men to strip the timbers from the ship.
These were later used to build a fort which he called La Navidad (Christmas). 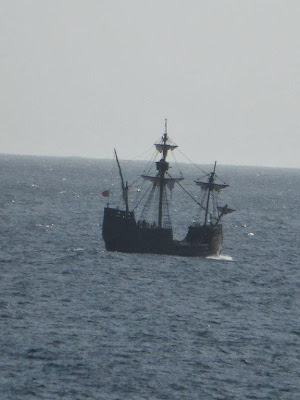